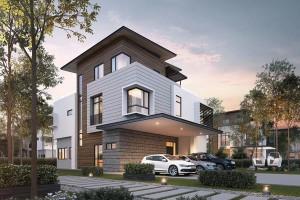 She said the facilities, including a clubhouse, and nature are purposely crafted around the gated community with 24-hour security.

The project, with a gross development value of RM660 million, is expected to be completed in December 2021.

"BCB has not set the sales target sale period, but after we began marketing the residential project to the public at the end of 2018, we have so far sold 107 of the 159 units marketed out of the entire 295 units," she told Bernama.

Low cited the strategic location of the residences in Kota Kemuning and easy access to several major highways as among the driving force behind the good take-up rate of the residential homes.

For this year, demand for both types of homes is very encouraging and we are confident that the remaining units will be taken up in the near term," he said.