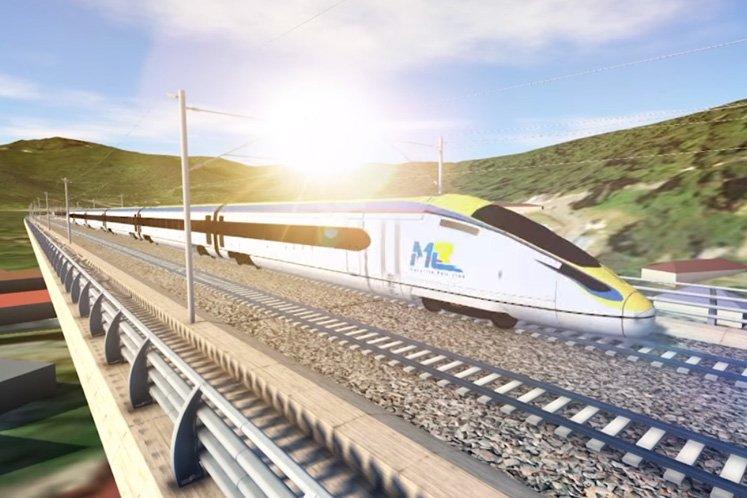 The East Coast Rail Link (ECRL) is seen as being capable of lifting the economy of residents in the states involved including Kelantan, says Deputy Home Minister Senator Dr Mohd Radzi Md Jidin.

He said the project was in line with the ambition of Prime Minister Tun Dr Mahathir Mohamad to link up infrastructure as a catalyst for the future economy under the shared prosperity concept.

“The emphasis given on Kelantan can be seen when the Prime Minister tabled the 11th Malaysia Plan mid-term review in October last year when Kelantan was among the six states to be given development allocation. This is a blessing to the people of Kelantanas there will be spillover effects to the people,” he said.

Eleven cows were sacrificed at the ceremony and distributed to 100 surrounding residents.

In this regard, Mohd Radzi who is also Kelantan Action Council (MTNg) deputy chairman said the announcement of Datuk Seri Mohamed Azmin Ali who is Economic Affairs Minister and Kelantan MTNg chairman that five projects would be a priority by the federal government in March, would also benefit the people in the state.

“For example, for the Palekbang bridge in Tumpat which has long been awaited by the people could expedite travelling between Tumpat and Kota Bharu as the present route is congested during peak hours.

“Similarly the upgrading of Sultan Ismail Petra Airport is expected to reduce congestion at the airport while LPT3  would ease and expand the network of roads between Gemuruh in Kuala Terengganu to Tumpat,” he said.