The RM76 million flood mitigation measure for Lido will be open for tender in August, while works are expected to start in February next year.

Youth and Sports Minister Phoong Jin Zhe said the project was funded by the Federal Government.

“The flood mitigation project is slated to complete in 2022.”

Phoong, who is also Luyang assemblyman, delivered the good news after his walkabout in Lido here yesterday following the passing of the motion of the proposed redelineation of electoral boundaries in Sabah in Parliament on Wednesday, which saw the addition of 13 state seats.

Phoong vowed to follow up on the flood mitigation measure as he was equally affected by the floods as a resident in Lido.

“My house was flooded two days before I swore in as minister. The water had risen to knee level and my mother and I had to scoop water out from the house.” He said RM76 million was actually insufficient to address flooding woes in Lido.

“We will pursue for more funding to address this issue. In the meantime, I hope we can see some improvements (with the existing flood mitigation measure).”

Asked about the call to provide free city bus services, Phoong opined that the service would not help much in reforming public transportation in Kota Kinabalu.

He said what the city needed was the implementation of the Greater Kota Kinabalu Public Transportation Plan, which included upgraded northern and southern terminals, Bus Rapid Transit (BRT) and rail transport like Light Rail Transit (LRT).

“All these have to be done together in order to fix the bus services in Kota Kinabalu.”

Phoong believed that the Kota Kinabalu City Hall (DBKK) and State Government were working on improving the public transportation system while he would also work with the Federal Government, particularly the Ministry of Finance and Ministry of Transport, on the matter.

To another question, he said the hop-on, hop-off bus service for tourists could only be implemented with the reformation of the public transportation system.

He said the previous Luyang assemblyman had tried to provide such service around Luyang but the company ended up suffering losses.

“I don’t want something like that to happen again. Like any other urban planning, you can’t have (public transportation) system without terminals. Without system, you can’t have free bus services. It is all connected.”

Meanwhile, Mayor Datuk Nordin Siman said the study for the public transportation plan had been completed.

“We are waiting for the Federal Government to approve the funds.” 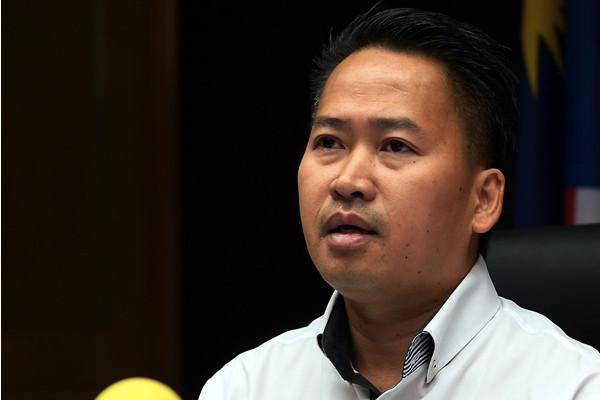