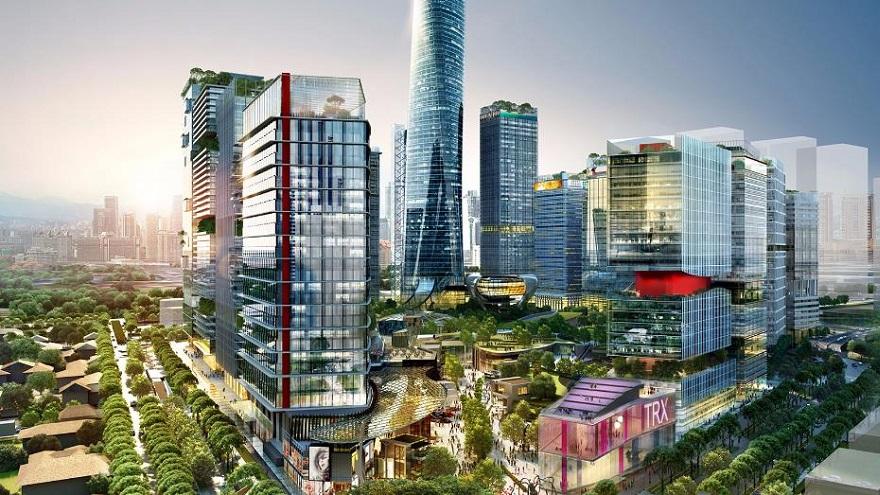 According to Lendlease project director for The Exchange TRX Brendan Walker, the entire development carries an estimated gross development value of about A$3 billion or RM9.1 billion and comprises a 4-storey shopping mall, six apartment blocks, a Grade A office, a hotel and a 10-acre rooftop park.

The mall is expected to become a large scale retail destination with a net lettable area of some 1.3 million sq ft, Walker said at a media briefing at the site. He said the piling stage has been completed and works on the superstructure are progressing well.

"All key designs for the various components have been completed and over 1,600 to 1,800 construction workers on-site daily including new apprentices and associated workers are gearing up to the completion of these projects over the next three to six years," he added.

"The mall is progressing well. The park is currently in final rounds of approvals with DBKL (Kuala Lumpur City Hall) and we are currently finalising the design for the hotel and office for approvals," he said.

He added that the office is expected to be completed after the mall, targeted to come up by late-2021 or early-2022, followed by the hotel in mid-to-late 2022.

For the six residential apartment towers, the units are expected to be delivered progressively from 2023 onwards, depending on the sales situation.

"There are about 2,500 units of residential apartments [across the six towers]. We have started engaging agents [from both local and overseas] but haven't started selling them.

We spent a lot of time with our agents to help them familiarise with the product before we actually launch," he said.

He added that this is a significant milestone as there is no loss-time injury since construction commenced in mid-2015.

"In order to ensure that everyone to be incident- and injury-free at work and gets home safely, we have built a framework called Global Minimum Requirements (GMRs).

No matter whether in investment phase or actually on the work phase, there are some checks and balances we have to do to make sure we meet those minimum requirements," Walker revealed.