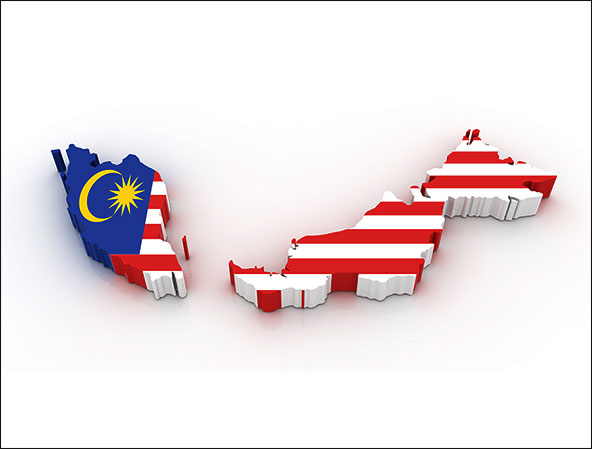 MA63 Review Will Ensure Sarawak, Sabah on Par With Peninsular Malaysia in Terms of Development

The government's agreement to the proposal to amend Article 1 (2) of the Federal Constitution based on the Malaysia Agreement 1963 (MA63) will ensure the level of development in Sarawak and Sabah is on par with that in Peninsular Malaysia.

A practising lawyer, Paul Raja said it showed the Pakatan Harapan (PH) government was walking the talk as amending Article 1(2) would provide the constitutional framework to facilitate other laws and legal means to make Sarawak and Sabah as equal partners.

"Under the previous regime, it was talk only. At least the new PH regime has the guts to act and do what they promised … What Sarawak and Sabah want are - the level of development in Sarawak and Sabah is on par with those in Peninsular Malaysia. Ultimately, the most important aspect in all these is about money, budget, economy and development.

"It's not just about the law and the constitution," Paul, who is also president of the Dayak National Congress, told Bernama here yesterday.

The amendment is expected to be tabled at the current session of Parliament.

Paul said previously there were so many excuses for not giving Sarawak and Sabah enough funds, which he described as "just lame excuses" for not wanting Sarawakians, particularly the rural community, to benefit.

He said the move was not an "end in itself, but just a means to an end", as how Sarawak would benefit from the move would also depend on how the respective parties negotiate - their sincerity, skills in negotiations, their approach and above all, the will to have a fair and just national policy to all parties in Malaysia.

"Nobody will be so concerned with the law and constitution when development is fairly distributed throughout the country and not just concentrated in certain states," he said.