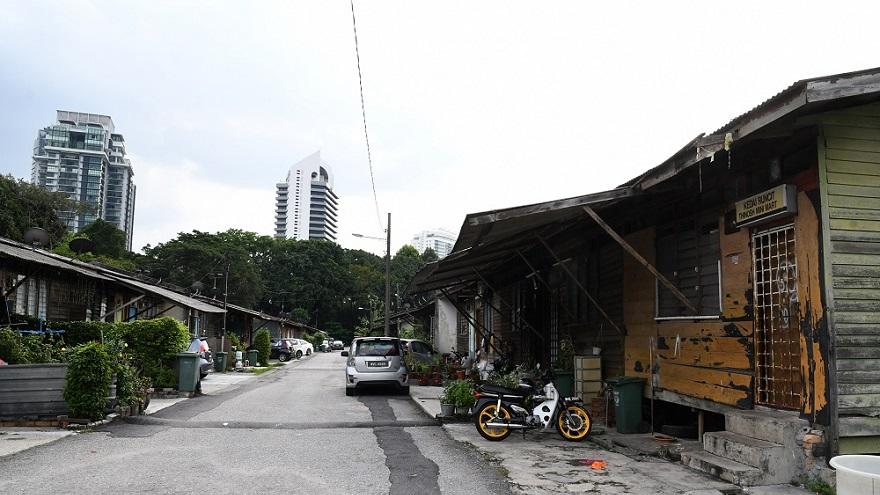 A longhouse residents’ association in Taman Tun Dr Ismail (TTDI) opposed another residents’ association in the community that supported a condominium project near a park in the suburb. Bukit Kiara Rumah Panjang Residents Association secretary M. Sivakumar said his group opposed the TRK high-rise project because the longhouse residents would be moved from their current four-acre residence to a one-acre plot elsewhere in TRK.

“Sunderam Vadiveloo does not speak for the entire Rumah Panjang community, and his association excludes many of us who are recognised residents of the Rumah Panjang,” Sivakumar said in a statement, referring to the Bukit Kiara Public Housing Residents’ Organisation chairman.

Sunderam recently accused “elite” TTDI residents of not wanting the poor longhouse residents to stay in their neighbourhood by protesting against the TRK project by a joint venture comprising Memang Perkasa, a subsidiary of property developer Malton Bhd, and Yayasan Wilayah Persekutuan, the welfare arm of the Federal Territories Ministry.

But Sivakumar said his group wanted to stay where they were, rather than move into small units inside a 29-storey block of flats.

“It will change and affect our style of community living, which we have practised for decades,” Sivakumar said.

“We have lived next to Taman Rimba Kiara for decades. Many of us grew up playing in the park and our children still use the park today. We do not want it to be destroyed.”

Sunderam, who supports the TRK project comprising luxury serviced apartments and a block of affordable housing for the longhouse residents, said Thursday that some 100 families have been waiting for proper housing for 36 years.

He also accused Segambut MP Hannah Yeoh of advocating the interests of “rich” TTDI residents while ignoring the longhouse residents.

“The TTDI community and YB Hannah Yeoh have shown a lot of goodwill and friendship to the Rumah Panjang community,” Sivakumar said in response.

“They have consistently supported permanent housing for us from the beginning. YB Hannah Yeoh has been very supportive of our community and she has engaged with us many times since she became Segambut MP, including visiting our temple during festivals.

“She recognised that more voices from the Rumah Panjang community should be heard, which is why she added our association to the joint working committee,” he added.

He said Yeoh had arranged for repairs of some dilapidated longhouse units.

Furthermore, he questioned his rival Sunderam regarding the RM700,000 repair allocation that the latter had received from Malton.

“As residents and from what we have seen, no repairs of such value have been done by Sunderam’s association. Where is the RM700,000?” Sivakumar asked.