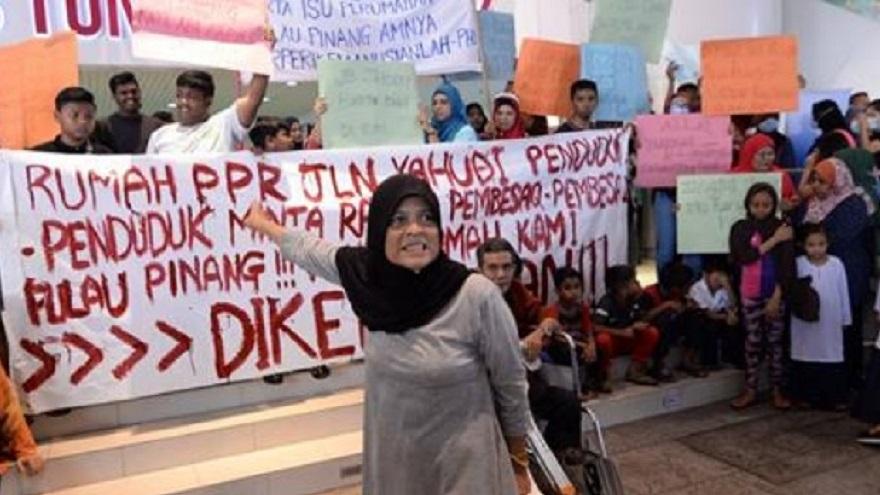 The Penang government is still opening its door to 22 tenants of the People’s Housing Project (PPR) who lost their eligibility at Taman Manggis to negotiate and find solutions after their offer was rejected several times.

Chief Minister Chow Kon Yeow expressed his hope that the affected tenants at the PPR Taman Manggis to come forward and to consider other alternatives such as applying for low-cost or low-medium cost houses.

He said the offer for them to return to their homes for three days would end today and they should take this time to look at other alternatives as there were still plenty of vacant units under the state government housing projects besides PPR.

“We don’t close the door for negotiations and willing to help them, but the enforcement needs to be implemented because there are so many PPR projects that face similar problem,” he told reporters after launching the ‘Senamrobik’ community programme in conjunction with the International Women’s Day 2019.

On Thursday, the state government had also offered the affected PPR tenants who camped at the Tun Abdul Razak Complex (Komtar) to stay at the hotel managed by the Penang Islamic Religious Council (MAINPP) but it was rejected by them.

Chow, who is also Padang Kota assemblyman, said the government must be firm in the enforcement as the move would allow more qualified people to live at PPR units.

“If we are not firm in the first case, then the plan to ‘clean’ the units to allow those are really eligible for the PPR units will be affected,” he said.

He said the problems at PPR have been going on since its early establishment due to the method used in the allocation as well as in the enforcement.

Despite the challenges, the state government would continue to carry out enforcement works on all projects after the Housing Office has completed updating the existing information, he said.

A check by Bernama found six families involving more than 20 people were still seeking shelter at the Komtar lobby since Wednesday, about 2km from PPR Taman Manggis.

On Wednesday, 22 tenants of PPR Taman Manggis were ordered to vacate their units after they lost their eligibility.