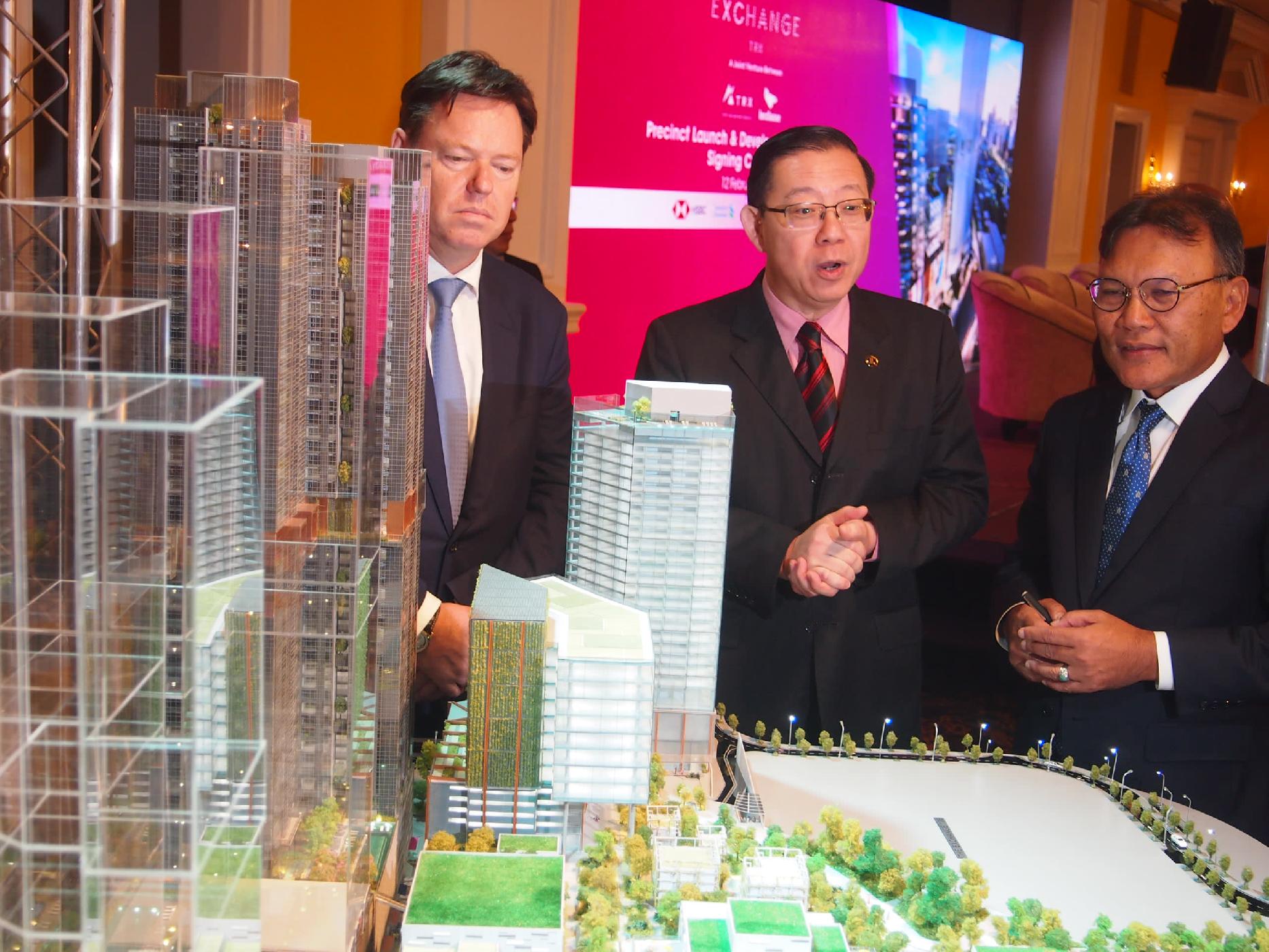 Malaysia launched a landmark real estate development on Tuesday, restarting a project that had been thrown into question by links to corrupt state fund 1Malaysia Development Berhad.

The Exchange TRX project, to be developed in a 60:40 joint venture between Australia's Lendlease and local developer TRX City, will form part of Kuala Lumpur's new financial district.

The project, which has an estimated gross development value of more than 9 billion ringgit ($2.2 billion), has been revived after the new government, installed last May, began a review of projects approved by the previous regime for signs of corruption. TRX City, the master developer on the project, was a unit of 1MDB but, after a transfer of assets, is now wholly owned by the ministry of finance. Last June, the company filed a report with the police regarding an order by 1MDB to divert its funds.

At a launch event on Tuesday, Finance Minister Lim Guan Eng said the project was the result of the successful isolation and quarantine of certain initiatives begun under the former regime. "We are slowly, but surely exorcising the ghosts of 1MDB, which has tainted Malaysia as a destination for business and investment," he added.

Sydney-listed property group Lendlease remained confident in the project despite the 1MDB scandal, which has so far seen high-ranking officials -- including former Prime Minister Najib Razak -- charged with corruption.

"From our perspective, our partner for the project has always been the ministry of finance, not 1MDB," said Tony Lombardo, chief executive of Lendlease Asia.

Located on a plot of approximately 70,000 sq. meters -- just under a third of the land occupied by the sprawling financial district -- Exchange TRX will accommodate more than 500 retail outlets when it is completed in 2021. A hotel and residential towers will follow after that.

It has so far secured leases for 26% of the retail space, with customers including Japan's Seibu Department Stores, Hong Kong's Dairy Farm Group and Malaysia's Golden Screen Cinemas.

HSBC and Malaysia's Affin Bank are also constructing new headquarters in the financial district, while Indonesian property developer Mulia Group is on course to complete a 106-story tower by the second quarter of 2019.

The new developments will add to the retail space supply glut, amid a slowdown in the country's economic growth. Property consultant CBRE-WTW said some 1 million sq. meters of retail space would be completed by 2020 in Kuala Lumpur and the surrounding area, adding pressure to occupancy rates for existing space, which extends to a total of about 5.3 million sq. meters.

Lendlease said its Kuala Lumpur project was a niche development, with construction planned on a staggered basis.