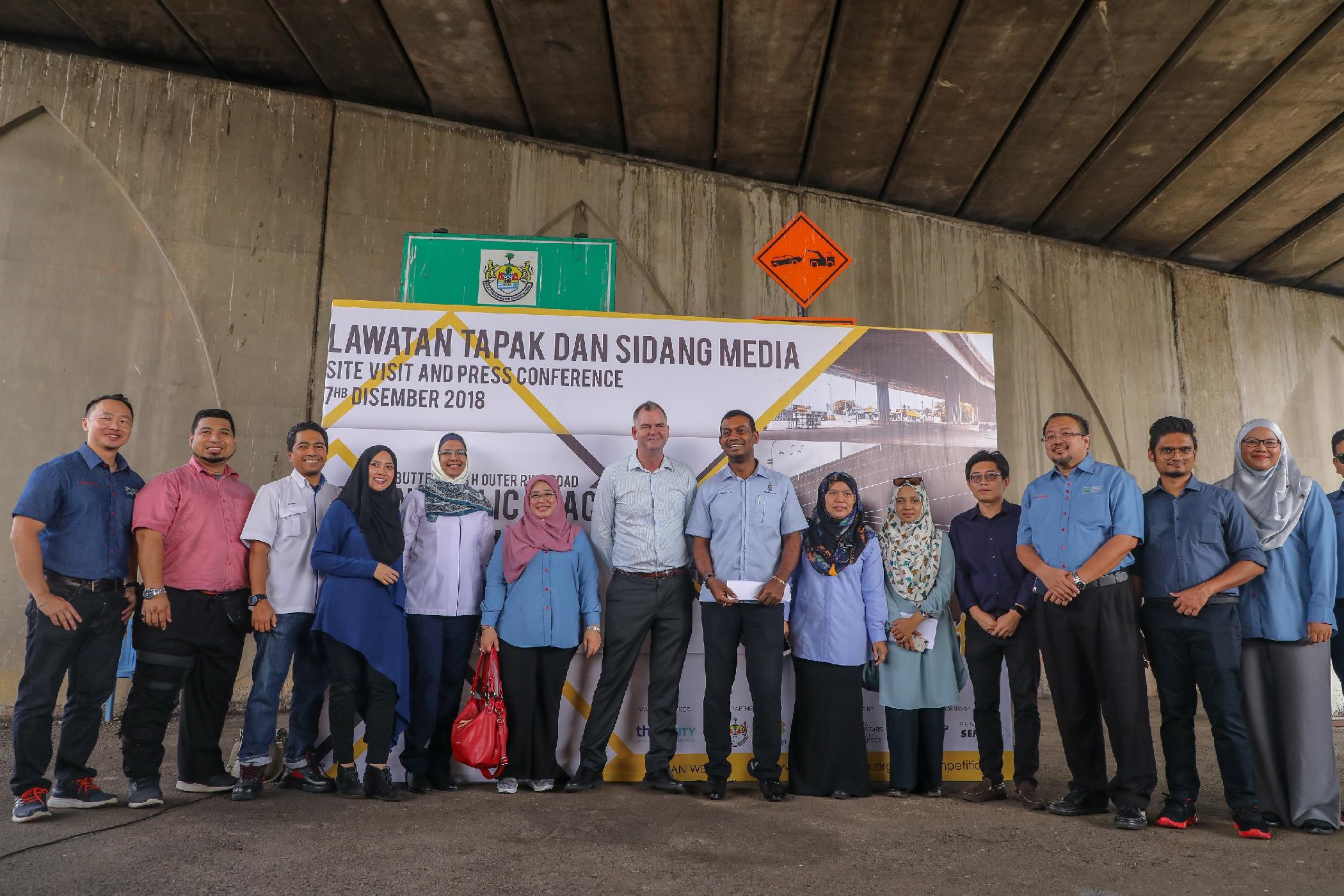 The optimisation of land use in Malaysia took a step forward when Majlis Perbandaran Seberang Perai (MPSP) and Think City launched the country's first ever design competition for "dead space" under flyovers.

The first site to be offered for this competition is located under the Butterworth Outer Ring Road (BORR), about 250m from Penang Sentral. The three traffic islands that collectively form the 4,338sqm competition site are bound by Jalan Bagan Dalam.

The construction of the 14km long six-lane BORR in 2006 was meant to relieve congestion on the PLUS Expressway, but it inadvertently cut Butterworth off from the coastline, creating a disconnect between the people and the coast, and led to the subsequent decline of the town.

To address the decay, Think City and MPSP signed a memorandum of understanding in 2015 to draw up a framework to revitalise Butterworth called the Butterworth Baharu programme. Under this initiative, focus areas for rejuvenation include the Butterworth Waterfront, Sungai Perai, Pekan Lama and the Harbourfront. These sites were identified for rejuvenation as high potential locations that would increase the liveability of Butterworth.

"For more than a decade, residents have been denied safe access to the coast, which represents a significant loss of a valuable public asset. There is a pressing need to address the loss of community space by introducing new ones," said Hamdan Abdul Majeed, managing director of Think City. The Institute of Landscape Architects Malaysia (ILAM) has been tasked with managing the competition as a co-organising partner.

"Working together with Think City allowed us to engage in collaborative community work which is a good platform for ILAM to be involved in to resolve the complexity of turning vision into reality. It is a dream to see dead spaces under BORR transform into a beacon of greenery and community resiliency," said ILAM President Assoc Prof LAr Dr Suhardi Maulan.

"With the small size of the BORR underpass, we hope the competition will allow participants to come up with solutions that are holistic in nature and can be a catalyst for future landscaping and developments in Butterworth. We believe the practice of doing small things repeatedly over time can lead to significant and positive impacts," he added.

For the head of MPSP, Datuk Rozali Mohamud, this design competition will go a long way in using what is generally considered dead space, other than restoring pedestrian connectivity.

"By establishing attractive and functional open spaces for community gatherings and healthy recreational use, the project will maximise the potential of these ineﬃciently used spaces and to improve liveability in Butterworth," said Rozali.

According to Hamdan, Think City is on the lookout for project sponsors and partners for the construction of many more pocket parks, not just in Butterworth.

"We are open to new collaborations as there are just so many possibilities for space under elevated structures. In this regard, we act as the facilitator and lead organiser for all things related to reimagining spaces with a view of catalysing urban rejuvenation.''

For some outstanding examples of how space under elevated structures can be brought to life, see: https://www.citylab.com/design/2015/06/bringing-the-dead-spaces-under-an-elevated-back-to-life/396236

A site briefing with interested participants was carried out earlier today to provide them a better understanding of the site context. The competition that is open to Malaysians (foreigners can join as a member of a group with other Malaysians) will close on 25 January 2019. The first prize winner will walk away with RM10,000. Details can be found at ilamalaysia.org.

Close to 180 participants, mostly from local universities, came down to walk the site this morning and ask questions about the competition, demonstrating keen interest in the event.