The good news that MMC-Gamuda KVMRT (T) Sdn Bhd received last Friday that the consortium will remain the contractor for the underground portion of the mass rapid transit Sungai Buloh-Serdang-Putrajaya Line (MRT2) project comes with a catch.

The consortium has to give a bigger cost cut of RM3.6 billion to reduce the underground works' construction cost to RM13.11 billion — lower than its previous offer of RM2.13 billion reduction — according to a statement by the ministry of finance (MoF) last Friday.

The stocks of both companies, which set up the consortium, were however still far below their trading range prior to Oct 7 — Gamuda was trading at RM3.21 while MMC was at RM1.35 — when news broke that the government terminated the consortium's contract for the underground portion when it rejected the latter's RM2.13 billion offer.

While MMC-Gamuda has managed to retain the MRT2 project, the underground cost reduction — although smaller than the RM4.19 billion to RM5.79 billion targeted by MoF — will still eat into their margins.

On Oct 10, Tony Pua, political secretary for Finance Minister Lim Guan Eng, quoted a Gamuda director as saying that anything beyond the initially proposed RM2.13 billion cut would be “meaningless to continue” for the consortium.

Immediately after last Friday's announcement that MMC-Gamuda was keeping the MRT2 underground works, AmInvestment Research analyst Joshua Ng wrote in a note about Gamuda that the consortium would have to complete the remaining 60% of the underground works valued at RM9.6 billion with only RM6 billion, which represents a 37.5% reduction.

As such, Ng keeps his “hold” call on Gamuda, with a target price (TP) of RM2.71, while Macquarie Research maintains its “underperform” call at RM2.60. Both TPs are unchanged from when the underground contract was first terminated on Oct 7. At the time, MMC Corp had one “buy” call and two “hold” calls, with TPs ranged from RM1.35 to RM1.50.

On the other hand, MIDF Research analyst Danial Razak believes that the underground portion of the MRT2 project “could still be profitable” to Gamuda, albeit with a slimmer margin, pending renegotiations between MMC-Gamuda and its subcontractors, as well as the implementation of cost-cutting measures. Speaking to The Edge Financial Daily, Danial pointed to another rail project, light rail transit 3 (LRT3), as the benchmark to how the cost-cutting efforts will unfold.

MRCB George Kent Sdn Bhd, the project delivery partner (PDP) for LRT3, was notified by Prasarana Malaysia Bhd on Oct 17 that the LRT3 project would continue at RM16.6 billion, which was RM15.05 billion or 47.55% lesser than its earlier estimated cost of RM31.65 billion. The amended terms included the remodelling of the implementation concept for the project from a PDP regime to a fixed price contract regime.

At the time, a source with knowledge of the matter told the daily that the consortium was still renegotiating the LRT3 package deals with the relevant subcontractors, and that the project could stay profitable at a single-digit margin. Guan Eng, when he first talked about the “inflated costs” of LRT3 on July 11, said six stations would be scrapped and the project deadline would be extended from 2020 to 2024 to reduce costs.

MIDF's Danial said: “If LRT3 is a benchmark for what the government wants, there will be changes in the project schedule and design structure … RM3.6 billion [reduction] is sizeable. However, I believe the negotiation would have taken into account the remaining 60% works needed to be done.”

“The [impact of] cost-reduction initiatives could trickle down to the subcontractors … [MMC-Gamuda] will probably have to renegotiate the terms, in accordance with the terms set by MoF,” Danial added.

When MoF announced the MMC-Gamuda's continuation with MRT2's underground portion, it also said construction of two Bandar Malaysia underground stations — Bandar Malaysia (North) and Bandar Malaysia (South) — would be postponed, bringing the total number of stations from the original 35 to 33. In contrast, when MMC-Gamuda offered its RM2.13 billion cost cut, it said it had already included “lower specifications for mechanical, electric and architecture works in the stations” and the suspension of four stations.

Together with the RM5.22 billion cost cut for the above-ground portion to RM17.42 billion, MMC-Gamuda is going to reduce construction costs for the entire MRT2 by RM8.82 billion or 22.41% to RM30.53 billion, from RM39.35 billion previously.

The new RM13.11 billion price tag for the underground portion excludes interest during construction, land acquisition costs and other costs, according to the MoF.

It should be noted that the original underground portion was awarded at RM15.49 billion before being revised to RM16.71 billion when MRT Corp issued variation orders of an additional RM1.2 billion, according to Pua's statement on Oct 10.

The profitability of the revised agreement could also be dependent on whether there are more variation orders in it. Regardless of the risks to profitability, the new agreement should at least put Gamuda and MMC in the good books of the new government for future projects. 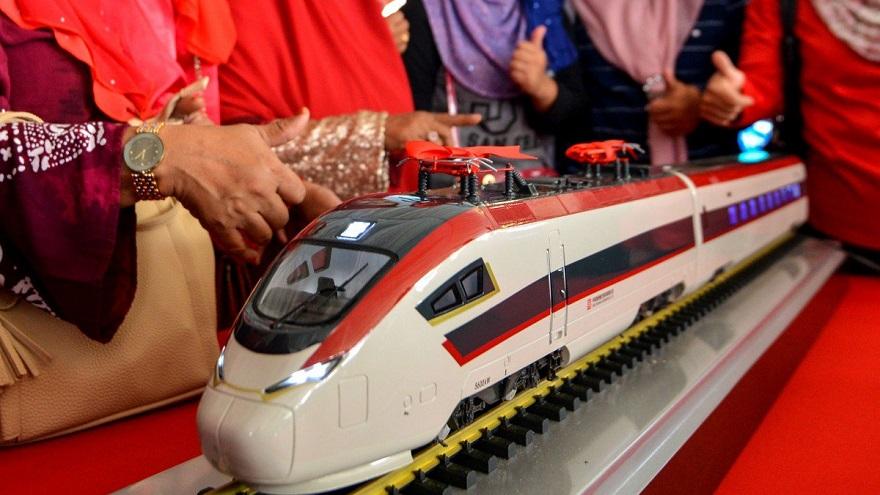