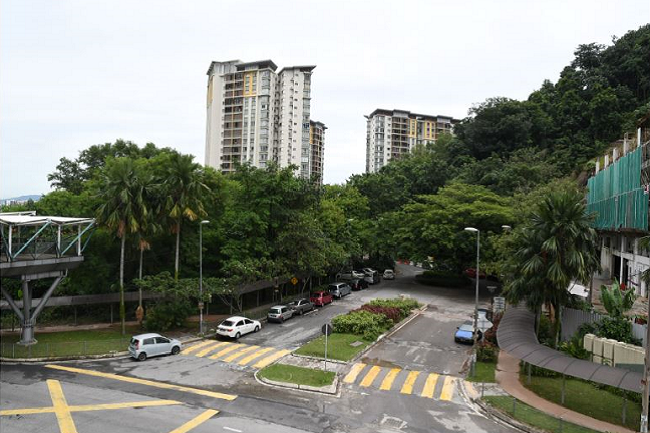 The construction of another high-density development close to Desa Putra Condominium at Jalan Wangsa Perdana 3 in Wangsa Maju has drawn the ire of residents.

The 48-storey Wangsa 9 Residency with 565 units and The Hamilton Wangsa Maju, a 42-storey development with 435 units are some of the other high-density projects in the vicinity.

The new high-density development is just 100 metres away and, based on a DBKL notice board put up on 15 August, the upcoming project comprises an 8-storey carpark and a 46-storey block containing 382 serviced apartments.

The Resident Association (RA) of Desa Putra Condominium has submitted a protest letter against the project to Kuala Lumpur City Hall (DBKL) along with 229 signatures or 60 percent of the residents in the condo.

City hall has not yet responded to their requests, according to Desa Putra Condo's RA Chairman Abu Bakar Ariffin.

"We need to know the future impact of this project as this area is already surrounded by lots of high-density developments. The robust business activities nearby have also attracted (a) big crowd to this area. (As such,) traffic congestion and lack of parking space have becoming a major issue to the residents," he told reporters.