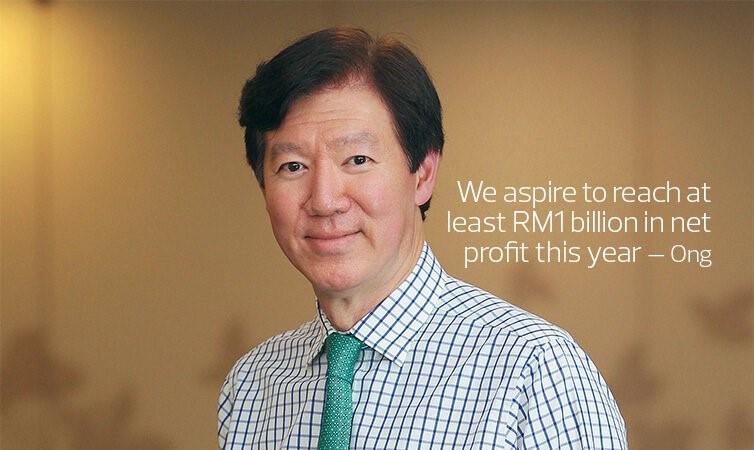 Despite the expectation of this year to be a challenging one for banks nationwide, OCBC Bank (Malaysia) Bhd (OCBC Malaysia) remains optimistic about the future, confident that it can grow its earnings for the second straight year after hitting a record high last year.

CEO Datuk Ong Eng Bin is aiming for the company to reach at least RM1 billion in net profit this year, stating that its platforms in both people and infrastructure must be prepared to support growth that can remain consistently above RM1 billion.

Oversea-Chinese Banking Corp (OCBC), which mostly targets key markets in Singapore, Greater China, Malaysia, and Indonesia, reported recently that there was a strong set of results for the first half of 2018 (1H2018), with net profit increasing a solid 22% to S$2.32 billion. Malaysia accounted for 16% of its profit before tax of S$2.89 billion.

1HFY2018 financial results for OCBC Malaysia are yet to be released, but data from its parent company's website indicated that the company's 2Q net profit fell 12% to RM207 million, which led to its 1H profit declining 2% to RM451 million. Total income in 1H, however, rose 3% to RM1.24 billion.

According to Ong, the decline in net profit was the result of a sizeable provision that the bank secured for an oil and gas (O&G) account in 2Q.

Ong has admitted that a major challenge for these objectives, has been the slowing down of activities from Malaysian businesses, especially large corporations in the last few months of the Pakatan Harapan government's reveal of spending priorities and new policies.