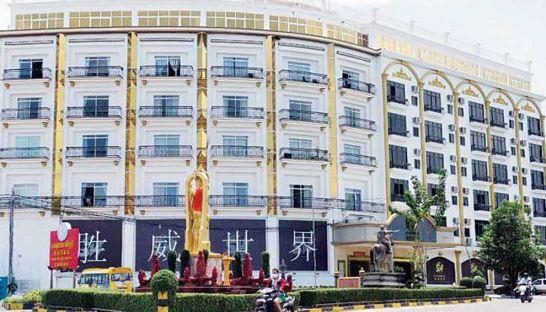 Shortage of Rooms in Sihanoukville

Many in the Kingdom's southern coastal city of Sihanoukville have expressed concern over the toll that increased development is taking on the land and environment. Noting a surge of hotels, condominiums and casinos popping up on the strength of Chinese investments and tourists, critics have speculated whether the growth is happening too fast for the city to keep up the pace.

A Post reporter visiting on the weekend noted the damage, rubbish was strewn all over the place, and pollution caused by clouds of dust from trucks hauling dirt.

While acknowledging that the development of the construction sector had negatively impacted public order and the environment, he said where there is construction, there is bound to be rubbish.

"Sihanoukville is developing ... making the city less beautiful, but it will be good when it is fully developed," he said.

Voices of concern are often countered by those who are profiting off growing land prices in the beach town.

The owner of a restaurant on Ochheuteal Beach told The Post that with the rise of Chinese tourists, Western visitor numbers had fallen. However, he claimed business was still good.

"Now Sihanoukville is full of Chinese, and most of them spend a lot of money. My business is enjoying growth due to this," he said, noting that he had also rented a shop to Chinese entrepreneurs.

On the notion that Western tourist numbers were falling even as those from China were increasing, Yun Min pointed to the limited supply of rooms in town.

"The lack of accommodations and an increase in the cost of living are the main reasons for the slowdown in domestic visitors, while European visitor numbers to Sihanoukville have fallen slightly," he said.

The ministry said the province would need 30,000 additional hotel rooms by 2030 to meet the needs of the two million international tourists and three million domestic visitors a year by that time.

Minister of Tourism Thong Khon spoke to Chinese investors at the inauguration ceremony of the Princess Times Hotel on Saturday, calling for more creative investments in the Kingdom. He expressed his support for growing tourism.

Cambodian Association of Travel Agents adviser Ho Vandy said the number of Chinese tourists visiting and investing in Preah Sihanouk province has risen sharply over the last three years. And this has laid plain the lack of accommodation.