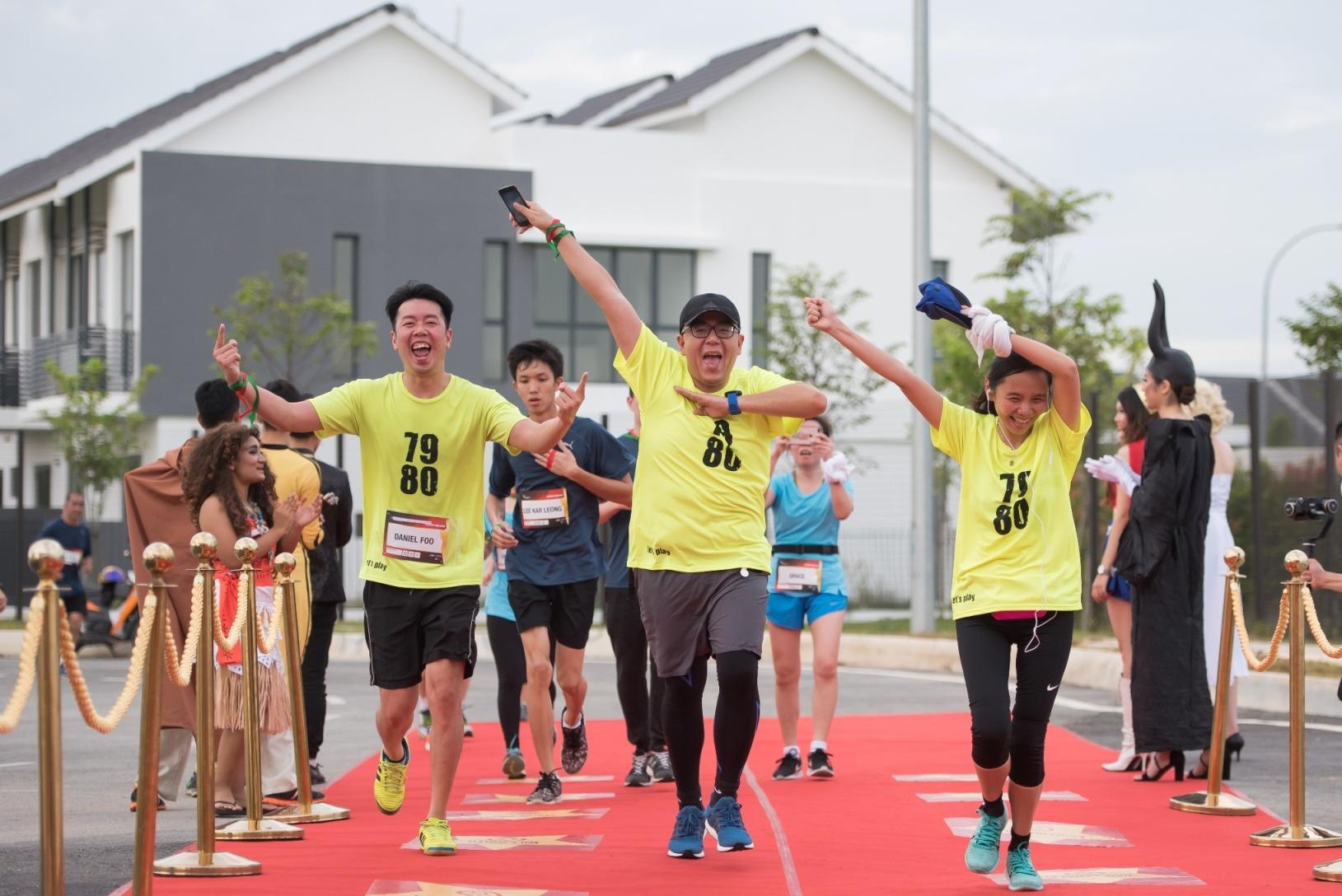 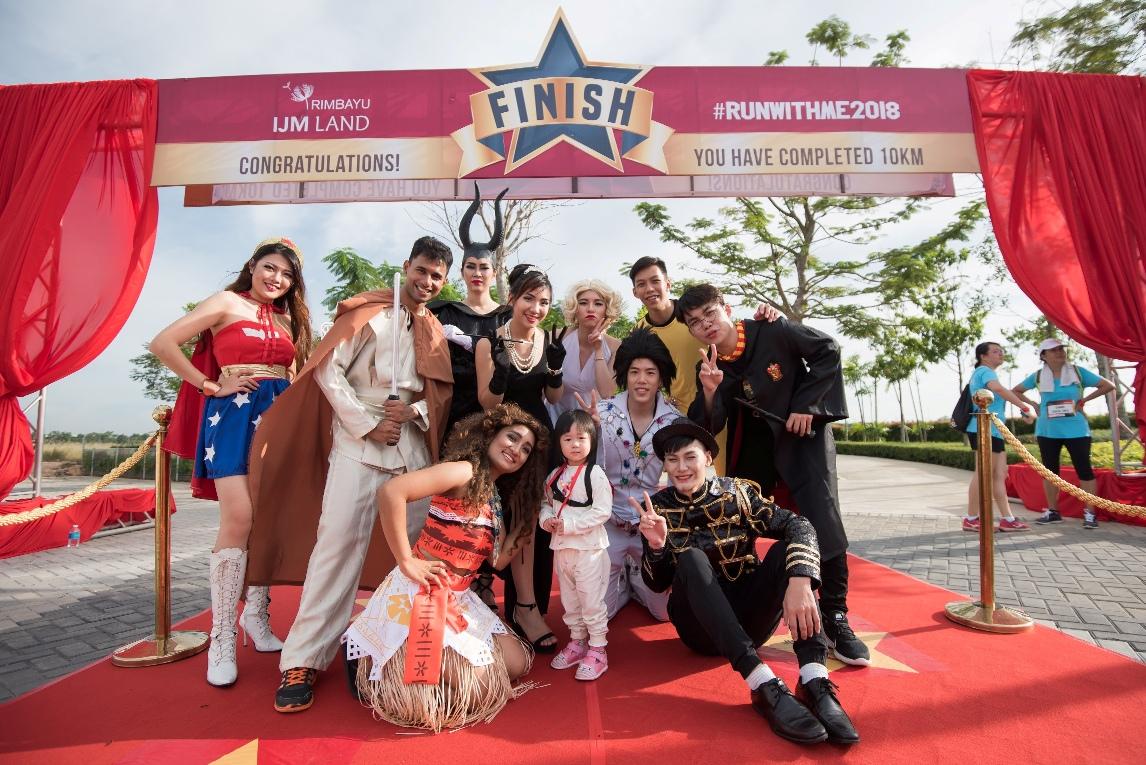 When thinking of running, many think of it as a chore, while some others see it as an opportunity to test themselves and see how far their bodies will take them on a thrilling run. Back for its fourth instalment, Bandar Rimbayu has once again organised the Run With Me fun run initiative all in the name of fun, friendship and sportsmanship. Garnering over 2,500 runners from varied backgrounds, the event became an unrivalled success in celebrating the spirit of togetherness with friends and family.

Flagged off at 6.30 am at The ARC, Bandar Rimbayu's show gallery, the 10km run embodied a Hollywood-theme for its participants to experience a more glamorous side to running. Putting aside the competitive edge of speed and time, the main objective of the run was to inspire locals to practice a healthy life and have fun while they are at it. With Hollywood inspired music blasting for the warm-up Zumba session, the participants knew that they signed up for a day of togetherness, filled with laughter.

Positive vibes were shared and the act of togetherness was evidently seen especially when the Hollywood Cosplay cheer crew was present, instilling motivation and giving cheers to the runners. On top of that, a percussion band was there throughout their journey too, hitting the beat following every step of their run. The participants had their fair share of fun even when running too, with three water stations each inspired by a significant movie character. Here, conversations sparked and many found new friends whilst quenching their unavoidable thirst.

Excited runners also took the opportunity to win cash prizes by grabbing Hollywood-themed items from Run With Me volunteers during the course of the run. The first 50 groups consisting of all four family members at the final checkpoint were given 4 glamorous items, namely a sparkly hat, a pirate eye patch, an opera mask and a feather boa which was exclusively for the ladies. Once done, the runners were rewarded with a cash prize of RM200 per group, with a total of RM10,000 given away.

Seeing many familiar faces joining the run, Mr Chai Kian Soon, the Senior General Manager of Bandar Rimbayu said, "Run With Me has become a go-to running event in the country and now that we are organising the 4th installation, we have gotten an overwhelming response from the people and this gives us more motivation to come up with something more unique and special every year. Not only that, we always see people from our previous events joining in the fun. This shows that the people are supportive of our efforts and that it truly is a fun run for friends and families to enjoy!â€

Every participant was presented with a complimentary PUMA jersey and runners also took home a unique finishing medal that represented this year's Hollywood theme, a symbol for glamorous fun, friendship and togetherness. They too had the chance to win a total of 29 lucky draw prizes worth up to RM20,000 with products ranging from an iPhone X, some Dyson and Aftershockz products, a few Fitbit charges and Huawei Honor A2 Bands and some Targus Backpacks.

When asked of his experience joining in the Run With Me 2018 event, a young participant said, "I am a runner and I've joined many running events in the past. However, many here should agree that there aren't many running events which emphasize the fun of it! This is a great initiative by Bandar Rimbayu and I'll definitely bring my friends along to join again next year.â€

Aside from spreading positive vibes and making new acquaintances, the Run With Me initiative stands for a healthier life for all Malaysians, which is a principle very closely held by the property developer. Right after the glamorously sweaty run, the public was also invited to join in for Bandar Rimbayu's Raya Open House which happened on the same day from 4pm to 6.30pm at The ARC, Bandar Rimbayu. Visitors were welcomed with mouth-watering Raya delicacies from traditional Malay food stalls, fun giant bubbles, a special performance by Sharizan Borhan, an acapella performance by Colours of Voice boy band and traditional, truly Malaysian dances.