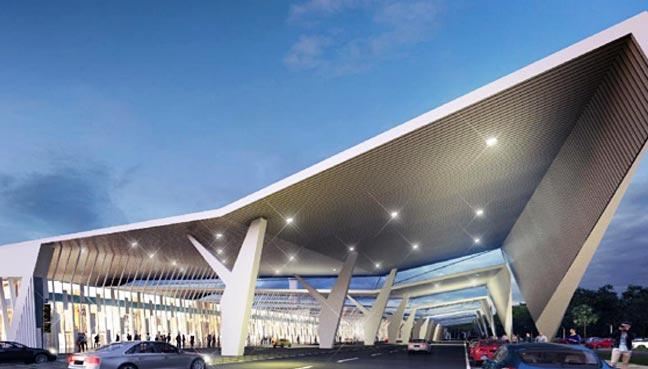 AirAsia is prepared to take over the neglected Terminal 2 (T2) at the Kota Kinabalu International Airport and develop it into a low-cost carrier terminal (LCCT).

AirAsia Malaysia CEO Riad Asmat, in a statement today, said AirAsia was prepared to take up the cost of refurbishing Terminal 2, which he said Malaysia Airports Holdings Berhad (MAHB) had neglected to maintain or upgrade when it decided to move the low-cost airline to Terminal 1 (T1).

"It will be better than before, and there will be no cost to MAHB or the state government.

"We note that the Sabah state government is looking to complete construction of a new airport in a few years' time.

"We have requested that an LCC terminal be considered for inclusion in the master plan.

"In the meantime, T2 can be revived for LCC use, which will also free up T1, which is rapidly approaching capacity, for full-service carriers.â€

AirAsia Malaysia CEO Riad Asmat says if Terminal 2 can be revived for low-cost carriers, it will free up Terminal 1.

Riad said all AirAsia was asking was a chance to continue growing Kota Kinabalu to its true potential for the benefit of Sabahans, as it had always done.

"However, we cannot do this while we remain constrained by the higher cost base at T1.â€

Riad said Kota Kinabalu was important to the airline.

"We wish to continue enhancing its air connectivity, and we have big plans to make Kota Kinabalu International Airport (KKIA) into a hub for services into China, South Korea, Japan and India, and a transit point between Australia and North Asia.

"Based on our projections, over the next 10 years, we can increase our fleet size at Kota Kinabalu from the current eight aircraft to 45, including 10 Airbus A330s.

"This would more than triple our current capacity and make it possible to operate direct services to key markets, such as northern China, South Korea and Japan, as well as Australia and India.

"This will allow AirAsia to carry 18 million passengers to and from Kota Kinabalu by 2028.â€

Riad also said MAHB should stop "cherry-picking dataâ€ to suit its agenda and instead be an honest partner and work with AirAsia in the best interests of Sabah.

Since it started operating to Kota Kinabalu, AirAsia had expanded its network there from two to 16 routes currently, including six unique routes, growing its passenger traffic by 25% per annum since 2001.

It had greatly reduced fares between Kota Kinabalu and Peninsular Malaysia, including to secondary cities that had no direct service before.

Riad noted that in its recent statement, MAHB had suggested that negative growth in 2014 and 2015 at KKIA was the reason for wanting to move AirAsia to T1.

"By focusing on those two years, MAHB would have the public believe that passenger traffic had long been on the decline, and that this trend could only be reversed by moving AirAsia out of T2.

"This could not be further from the truth.

"AirAsia operated from T2 from mid-2004 up until December 2015, when we were compelled to move to T1 in light of amenities and facilities being made unavailable for our operations then.

"During that period, KKIA passenger traffic grew year-on-year every year, except in 2014 and 2015.

"The decreased traffic at KKIA during those two years corresponds with a drop in visitor arrivals to Sabah, especially from China.â€

Riad said the tourism minister and the Malaysian Association of Tour and Travel Agents (Matta) had attributed this drop to a series of kidnappings in the state, including of Chinese nationals, in two separate incidents in April and May of 2014.

As such, this drop in passengers had nothing to do with T2, Riad said.