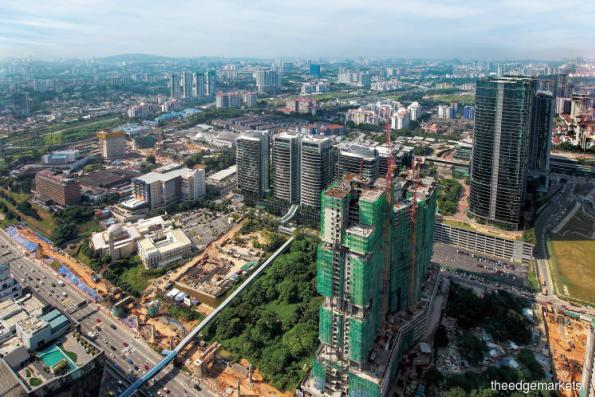 
The Institute for Democracy and Economic Affairs (IDEAS) predicts that the property bubble which has been building up over the past few years will burst soon.

He said the mix of these elements had generated a bubble which, following the property transaction dynamics, reached its peak between 2012 and 2013.

Reports over the last few years have highlighted the glut in the supply of office space and high-end residential establishments in certain parts of the country, particularly the Klang Valley. At the same time, there has been a demand for affordable housing.

Ferlito, in an IDEAS policy paper titled "Affordable Housing and Cyclical Fluctuations: The Malaysian Property Marketâ€ explored the problem behind the local property market and provided some policy suggestions.

"The focus on the high-end segment was justified by high demand, and it is therefore natural that investment expanded in that sector" he said.

"However, now that it appears clear that unexploited profit opportunities are disappearing, a capital allocation restructuring appears necessary.

"The high involvement of government agencies in the affordable housing market risks crowding out private initiatives and preventing the necessary restructuring from taking place.â€

He said it was important to let the bubble burst, adding that too much credit would only delay this and keep prices artificially high, putting at risk the financial solvency of buyers.

"Without credit support, the crisis will happen faster and force both capital restructuring and prices to move downwards.â€

He suggested that the government be ready for the bubble to burst and the risk that it could lead to an economic crisis.

The paper recommended that the government respond with market-oriented solutions and pay special attention to household financial exposure. It also suggested that the government downplay its role in the property market by reducing the number of government agencies, and encourage the private sector to get involved in the affordable housing market.

Another suggestion was for the government to enhance financial literacy, especially encouraging people to save and rent instead of buying properties.

Ferlito said the government could also ease regulations to allow foreigners in possession of a regular working visa and who paid taxes "to help the industry in a crucial moment of difficultyâ€.