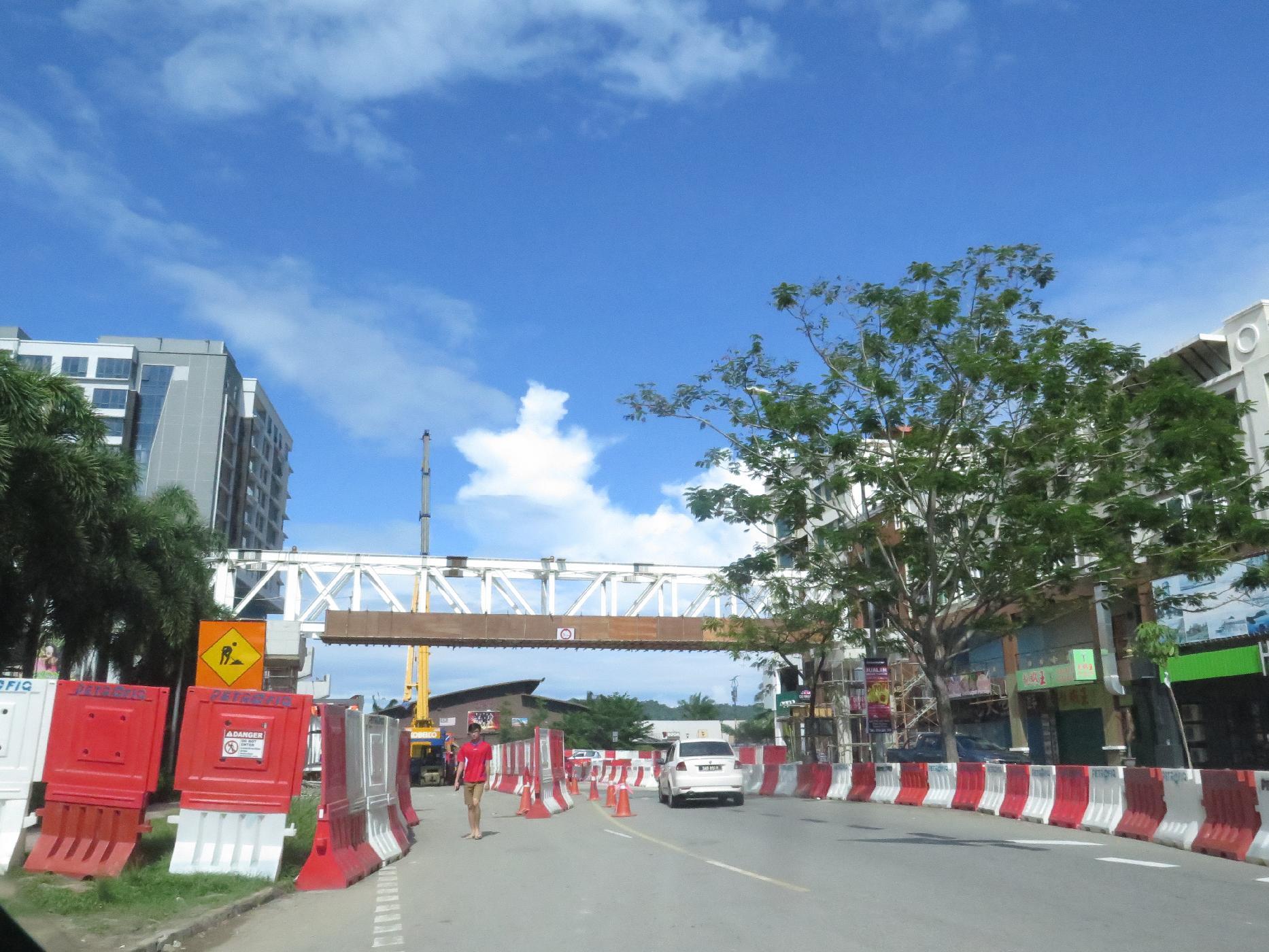 Skybridge Halt Due to RM20million Debt


Sabah based contractor Petrofiq Sdn Bhd said they are merely exercising their contractual right of suspending or going slow on the Skybridge project as it had completed 94.5 percent of the works but only been paid 35percent of the RM30million-plus contract value.

Hence, it claimed being a victim of RM20million in outstanding payments from the developer of Oceanus Mall.

"We are a victim of non-payment by Sunsea Development Sdn Bhd. The project is not abandoned. We still maintain possession and have the site secured (cordoned off). Otherwise, vandals and vagrants will deface, litter, sleep and defecate all over the Sky Bridge," said Operations Director Michael Chen.

The funding for the project is from the UKAS facilitation fund applied by Sunsea Development Sdn Bhd.

Managing Director Kandrix Ng called for a press conference and media site inspection to prove that the project is more than 90 percent completed.

"The China company undertaking the gas pipeline project in Sabah was reported to have been paid more than 88 percent of the contract sum for completing only 13 per cent of the work.

"We are owed more than RM20 million. Why is a local contractor like us not given the pipeline job? Which local contractor can tolerate this breach of contract payment by Sunsea Development Sdn Bhd?

"We have to use our internal funds to pay our suppliers and sub-contractors," he said. He revealed that Petrofiq would soon undertake to rescue the abandoned Star City shopping mall.

"The Star City rehabilitation will commence in 2019 after more than four years of working out the details with the existing 200-over purchasers and the landowner SUDC. We have cleared and cleaned up the site and structure, discharged the water logged areas full of monitor lizards." Ng said, adding that the "minor problem of the Sky Bridge has no impact on the company's other projects like in Lahad Datu for the Ministry of Defence and salvaging Star City".

Director Chong Vui Jin said despite the slow and eventually non-payment from the developer which is now in liquidation, in the interest of public safety and the enhancement of the city, 'it became our priority to complete the Sky Bridge."

However, he could not give a definite completion date due to the payment settlement issue.

He said it is likely that the Chief Minister will officiate the Sky Bridge opening after handing over to the developer and eventually to DBKK.

"We (DBKK) agreed to the project and will receive the project. DBKK is not involved at all. It is (between) UKAS and Sunsea and the contractor" he shared.

"When they complete they will hand over (the project) to DBKK to own and manage. We are not involved with any of them.

"All of this is in our overall traffic planning so we just accept it" he elaborated, adding that the cost of the bridge is about RM31.2 million.

Yeo reiterated the matter is currently out of DBKK's hand.