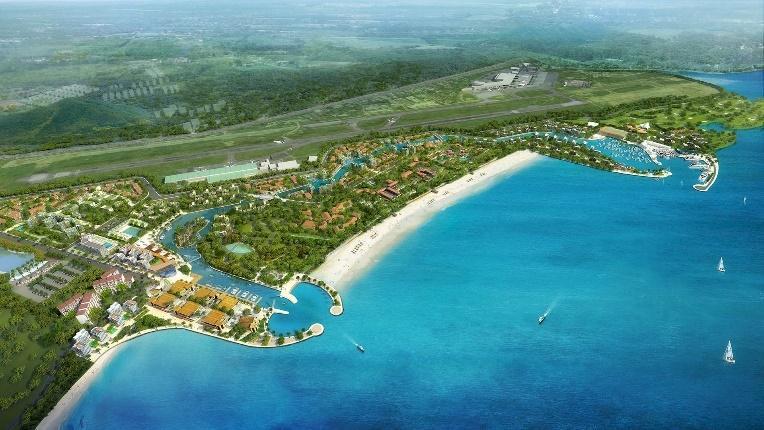 Tanjung Aru Eco Development May Not Be Shelved but Modified

Liew, who is also the Minister of Tourism, Culture and Environment, said the State Government has yet to decide who to take over following the resignation of TAED project's executive director Datuk Seri Victor Paul and how to proceed with the project.

Personally, she believed that the development of Tanjung Aru Beach on land would create jobs but insisted that the sea should remain untouched.

"This is a beautiful beachfront. Why do we need to reclaim the sea? We can develop over this side (land). This is my proposal which I will bring up to the State Government.â€

Liew also stressed that she wanted the beach to be accessible to the people without going through expensive hotels due to development.

She said the development should be balanced to maintain the natural beauty of the beach.

She added that many Sabahans grew up with memories of playing at the beach and they felt sad that the beach had to be closed down and reclaimed.

"I hope the original TAED development plan can be modified. I would like to raise this to the State Government" she said to the media following her visit to Tanjung Aru Beach with Save Open Space Kota Kinabalu conservation group spokesman, SM Muthu here yesterday after receiving numerous complaints on the appalling state of the beach.

The 345 ha TAED project is currently put on hold by DBKK pending a directive from the new State Government.

According to Liew, the land at Tanjung Aru Beach had belonged to DBKK before the previous state government allocated the land for the Tanjung Aru beachfront development project under TAED.

Liew has said that she would instruct Environmental Protection Department officers to discuss with the Kota Kinabalu City Hall (DBKK) on cleaning up the beach and removing the dilapidated food stalls left behind by previous hawkers after inspecting the beach.

Apart from the cleaning up work, she said the State Government would make a decision whether to take back the TAED development or proceed with the project with the amended plan.

She said the then opposition, herself included, has advocated strongly that the TAED project should not go on during the elections.

"We are not against development. Development is alright but do not compromise the interest of the public.

"The ability to enjoy the beachfront and the beach is a privilege for the people of Sabah.â€

Asked whether the State Government would take back the land belonging to TAED, Liew said the administration was looking into the matter very seriously.

"It is only an issue of changing the head. Datuk Seri Victor Paul has resigned. Who will be taking over (his position) and what will the State Government do with this plan has yet to be seen.â€

"I hope they stop TAED completely and do something new at the back of Jalan Selangor, a development that not only caters for tourists, but locals.â€

He said any development redrawn for Tanjung Aru must not touch the natural beach.

"The beach is a heritage of the Sabahans.

"If they do touch and reclaim, it is a betrayal of trust by Sabahans they put into the new government.â€