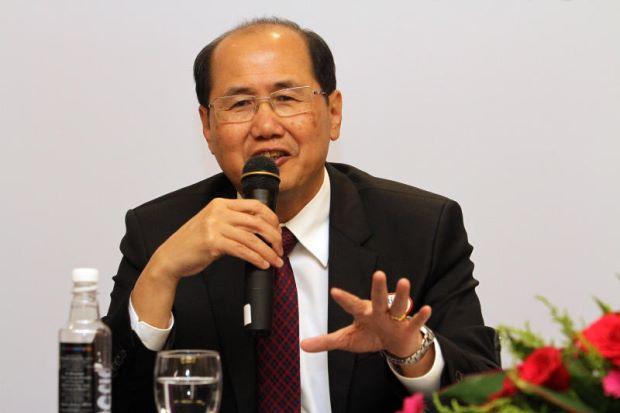 JOHOR BAHRU: The country's property market, which has been on a downtrend over the past three years, is expected to return to growth following the implementation of the zero-rated Goods and Services Tax from last Friday.

"The property business has been a bit challenging over the last three years amid a soft market, but we hope this will change following the general election, with buying sentiment rising again.

"We are also seeing a decline in property speculation, so property buyers nowadays are those who really want to purchase houses. Housing demand will always be there, but it is now moving towards a stable, gradual increase" he told reporters after the World Environment Day celebration organised by SP Setia here today.

Khor said in terms of demographics, a lot of young people were seeking houses and demand existed for landed residential properties with an average price of RM500,000 despite tighter bank lending requirements seen in the last three years.

"However, we hope this will change, as there has been many applications and requests to Bank Negara from first-time house buyers for the conditions to be eased" he explained.

This was because the majority of these potential house buyers were already saddled with other burden, such as paying off National Higher Education Fund Corporation (PTPTN) and car loans, which made it difficult for them to pay the housing deposit, he said.

"The government recently declared that PTPTN borrowers could delay repaying their loans till they start earning a monthly income of RM4,000, and we expect this will, to a certain extent, increase the house buyers' purchasing power" he said.

Meanwhile, Khor announced that SP Setia would launch a new township development project in Bertam, Penang, called Setia Fontaines at the end of this year.

"Other projects, located in Johor (Iskandar Malaysia), Selangor and Kuala Lumpur, were launched earlier and construction work was ongoing" he said.

"Last year, we took over the I and P Group whereby we have opened more development space in the Iskandar area. All these development projects are expected to be fully completed within 10 years, and in Johor, the highest demand is for landed properties as opposed to apartments.

"This is because, in general, people of this country are accustomed to landed properties. But, in the future, when Johor becomes more advanced, perhaps the people here will accept the idea of living in apartments like in Kuala Lumpur" he said. - Bernama