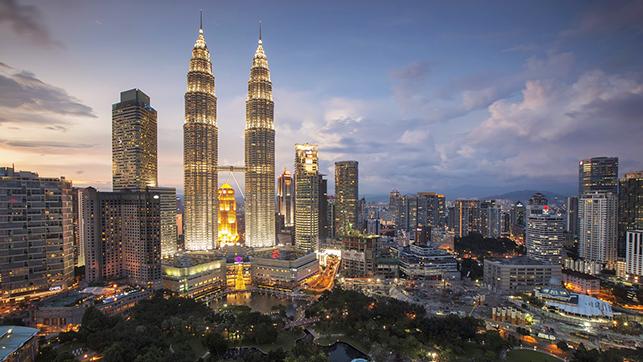 No Reason for Worry as China and Malaysia Need Each Other

Some Malaysians are concerned that Chinese development projects could affect their nation's sovereignty. But even though new Malaysian leader Mahathir Mohamad has given contradictory signals about the future of the projects, the value of the relationship between the two countries is understood by both sides.

Foreign policy has barely been on Malaysian Prime Minister Mahathir Mohamad's agenda since returning to the country's top job earlier this month. His focus has been the alleged corruption of his predecessor and one-time protÃ©gÃ©, Najib Razak, and meeting election pledges.

But comments aimed at China during campaigning have caused unease, particularly among investors. There should not be cause for undue concern; both countries need one another.

Mahathir last week said Malaysia was open to investment from all countries, no matter where in the world or the politics of their governments. But he did not directly address the issue of Chinese development projects, which some Malaysians worry could affect their nation's sovereignty.

He has given contradictory signals, saying variously that he will respect agreements signed, yet will also review deals struck. Mentioned during campaigning were two major Chinese infrastructure projects, a rail link connecting the rural east to the western seaport of Klang in the wealthy state of Selangor, and the Forest City property development in the southern state of Johor.

At the time, he warned that Malaysia risked becoming "the next Sri Lankaâ€, reference to the heavy debts the South Asian island is saddled with as a result of Chinese infrastructure projects. His government has every right to take stock of deals signed by the previous administration to ensure that laws and rules have been followed.

The concerns of Malaysians have also to be addressed; Forest City, for one, is a luxury development unaffordable to the majority of the country's citizens and is squarely aimed at overseas Chinese. Mahathir has called the 14 sq km housing project being built on four man-made islands and eventually aiming to have a population of 700,000, a "foreign enclaveâ€.

Chinese companies have to be mindful of local culture and sensitivities when operating overseas. Malaysia is culturally diverse, but race is an especially delicate matter. Forest City is also impacting local property prices and demand for housing, the fishing industry, mangroves, wetlands and sea life. A reassessment of the scheme could well be necessary.

Some Chinese firms would do well to be less aggressive in their overseas business dealings. But there is no need for a change in Malaysia's relations with China; the country needs Chinese investment and infrastructure expertise to develop and it is an important part of the "Belt and Road Initiativeâ€.

Mahathir is known for being pro-Asia and during his time as prime minister from 1981 to 2003, forged good relations with China. Beijing and Chinese investors need not be overly concerned; the value of the relationship is understood by both sides.