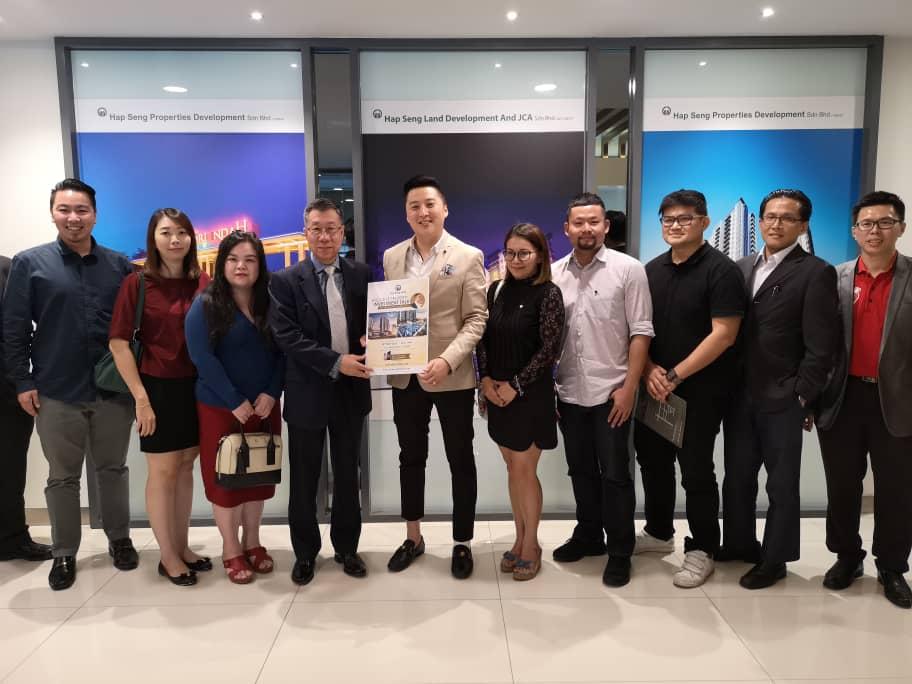 JTL Empire made a courtesy call to Hap Seng Properties at their Plaza Shell office this afternoon, to extend their support.

JTL Empire was founded by Jeff Lu in 2016 as a social networking group providing healthy a platform for people in Sabah especially the youths to congregate to learn, establish friendships and explore potential business opportunities.

The organization consists of a team of enthusiastic young entrepreneurs who have the passion to seek and provide development opportunities for business related community in Sabah. They initially started off with 20 young businessmen who hosted their own sharing sessions among their friends, but they grew exponentially to about 500 plus members in a short period of time in its early foundation.

Hap Seng encourages JTL and other associations to ride on this wave of opportunity and invite its members to come and seize the unbeatable deals that will be revealed on the night.