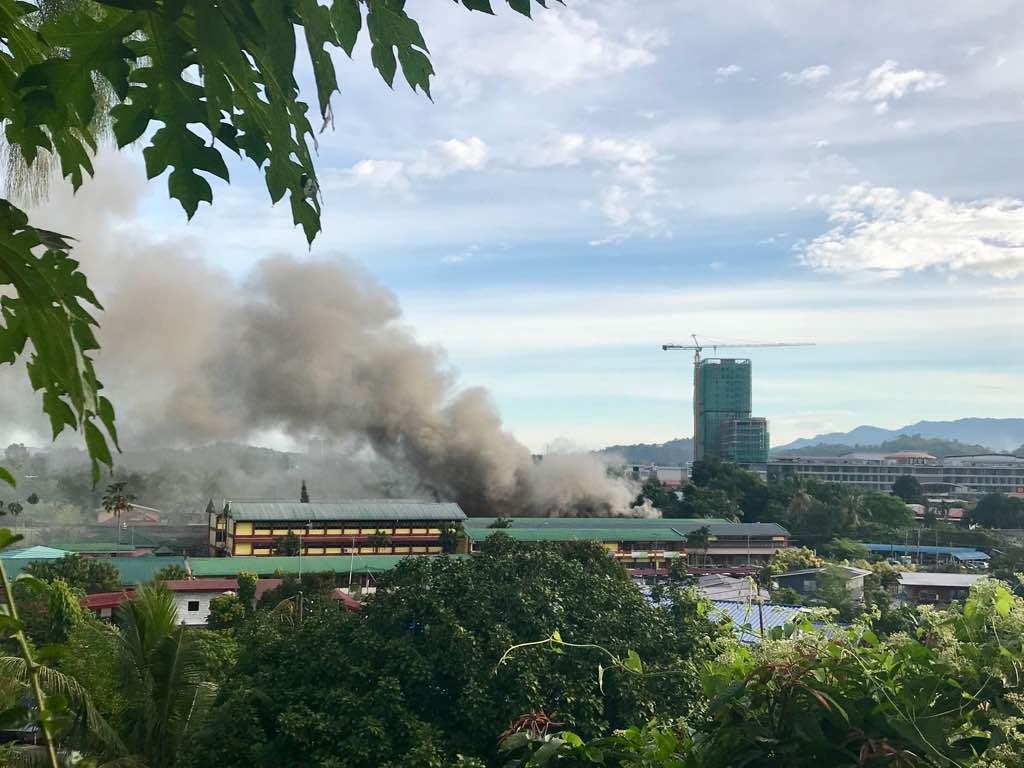 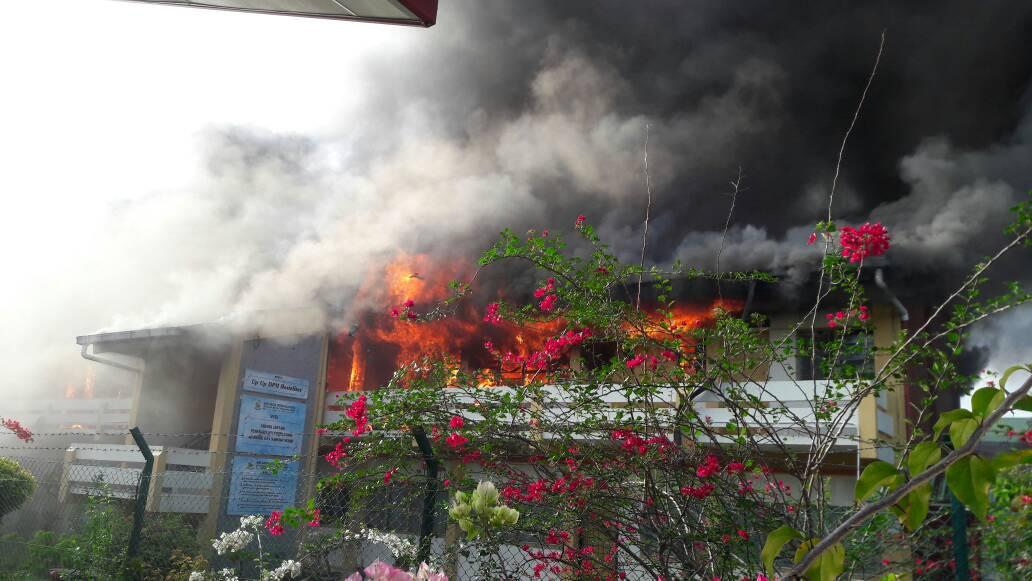 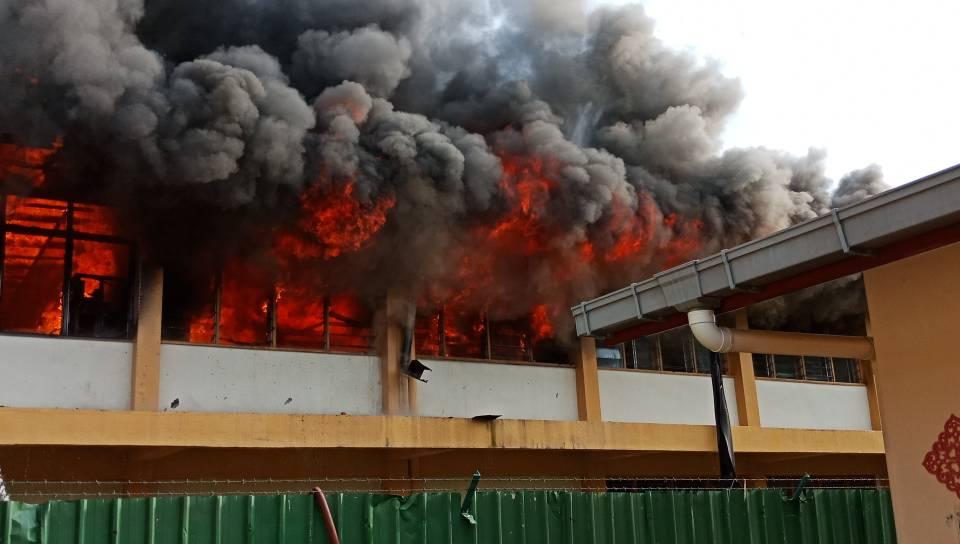 A fire broke out at a hostel block of SMK Datuk Peter Mojuntin in Penampang today (5 March) while students were getting ready for the weekly assembly in the school hall nearby.

The Sabah Fire and Rescue Department, in a statement, said the incident occurred about 7.30am and involved the upper floor of the two-storey boys' hostel.

It said there were no reports of casualties, and that it was investigating the cause of the blaze.

A total of 53 firemen, led by Hamsa Isnurdini, in four engines; two emergency medical response vehicles; and, four utility trucks were deployed to the scene after a distress call was made at 7.33am.