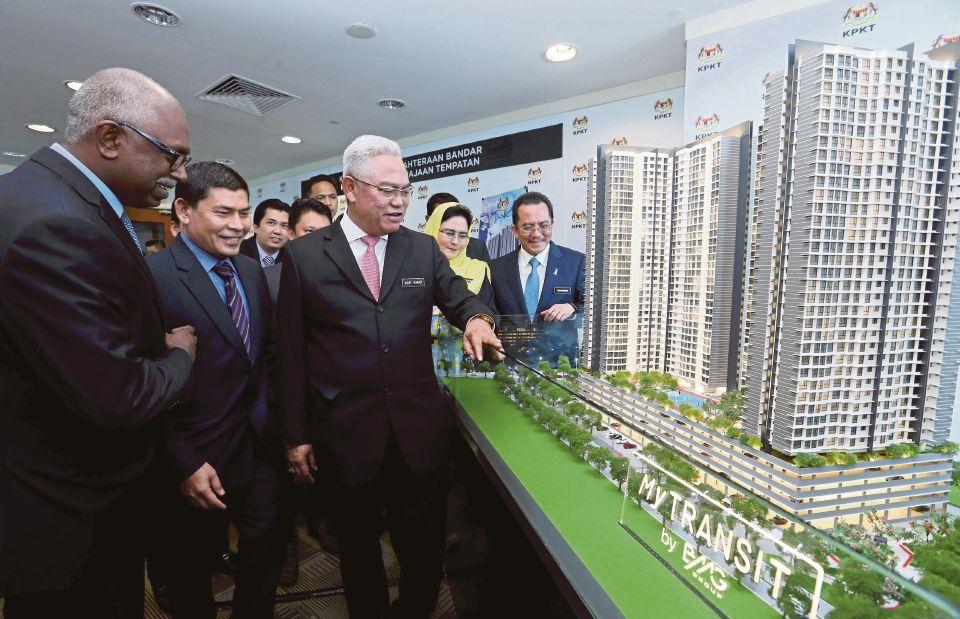 
The first Phase development of the Perumahan Transit Belia or Youth Transit Housing (MyTransit) involving 2,010 units will be built in Mukim Batu and Kepong, Kuala Lumpur beginning early next month, and is expected to be completed within four years.

Urban Wellbeing, Housing and Local Government Minister Tan Sri Noh Omar said the construction of the project was due to Prime Minister Datuk Seri Najib Razak's announcement of the implementation of 10,000 special transit units to assist young people especially in major cities at the Budget 2017.

According to him, this initiative was implemented with BMG Global Sdn Bhd (BMG Global) acting as an investor to finance the cost of planning and construction of MyTransit house.

Meanwhile, the government through KPKT provides land without having to provide any development costs.

"This project is developed using a new business model through the cooperation of the private sector and the government in a cross-subsidy.

"This means that on the plot the land will have 2,010 units of Youth Transit Housing to be leased to the youth and 3,824 units of Affordable Homes (RMM) that will be sold in the market to eligible buyers," he said at the Signing Ceremony of the Transit Housing Development Agreement Youth (MyTransit) between Government with BMG Global in Putrajaya today.

Noh said BMG will regain its investment returns through the sale of RMM units built at 74.32 square meters at a price of RM300,000 per unit.

He said the development of the MyTransit unit involved 60 percent of 37.16 square meters of studios suitable for bachelors in the M40 group.

Meanwhile, he said, another 40 percent is a two-room unit of 51.09 square meters for young people who have recently built household rents to be able to buy their own homes.

He said earlier the ministry had set up a MyTransit house in Bukit Jalil, Kuala Lumpur but it was the home of the People's Housing Project (PPR) but now the ministry has built this unit according to the agreed concept.

"The rental period is set five years only and after that period, they have to leave the house," he said.

Noh said that in the paid rent, the ministry puts the 'forced saving' element that will be returned to the tenant after the expiration of the rental period.

He said these savings could help provide some of the deposit for future home purchases.

"For example, they rent at RM700, maybe RM350 we save while another RM350 to finance maintenance.

"The government does not take advantage, the remaining RM350 that is kept forcible will be returned after just five years and they already have some savings to set up a new home buying deposit," he said.

More attractive, he said, this residential unit also provided basic furniture to provide comfort to tenants and help them save money without having to buy furniture.

Noh said the second phase involving construction of about 6,000 units will be implemented shortly.