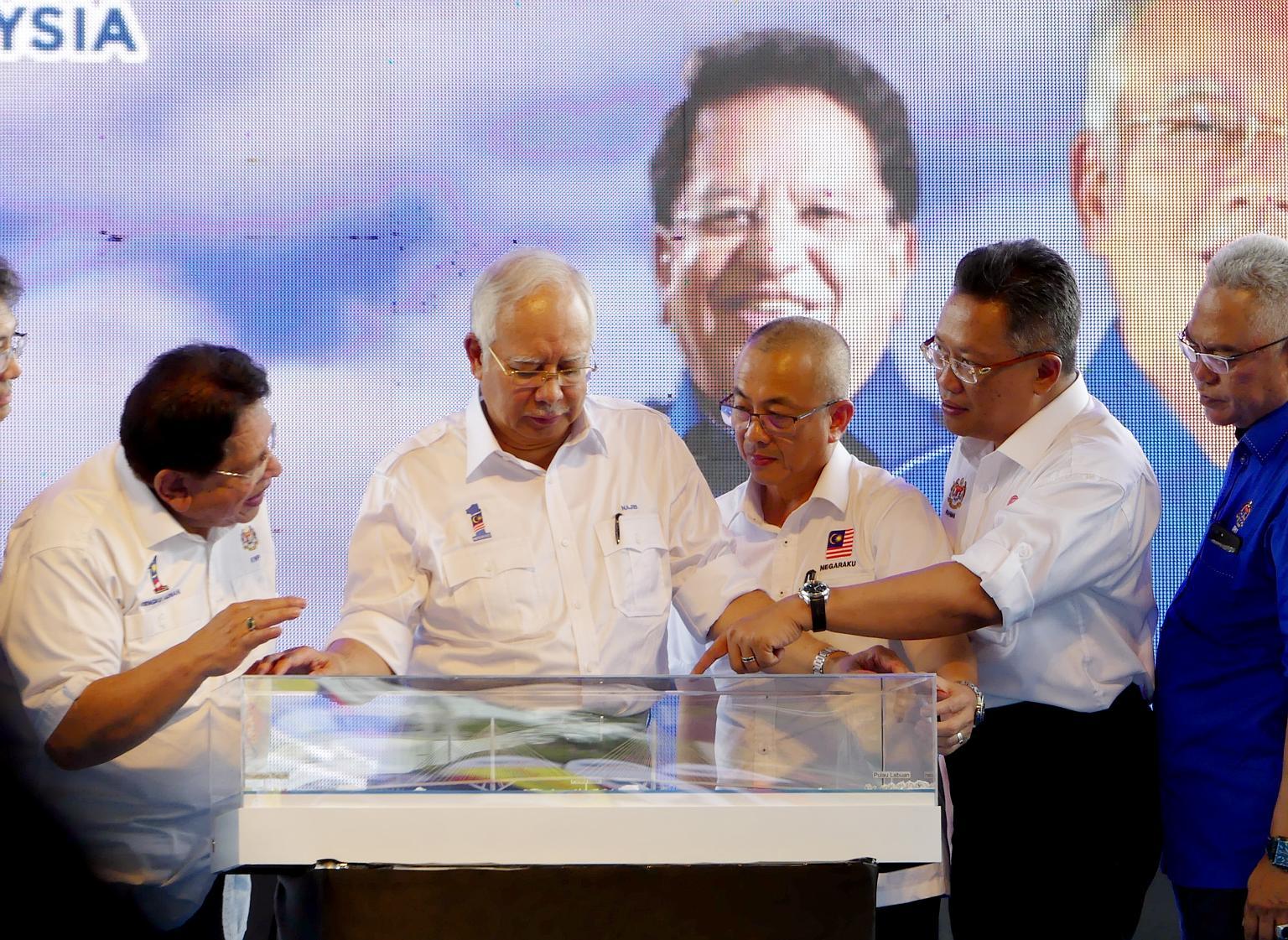 Malaysian leader Najib Razak unveiled a "manifesto" to diversify the economy of East Malaysia's financial hub, in a bid to consolidate support in the area ahead of this year's election, on Thursday 18 January.

Prime Minister Najib gave details of the 12-year Labuan Development Blueprint (LDB) for the federal territory of Labuan, which is made up of islands near Sabah and Sarawak, the two key states for his ruling Barisan Nasional (BN) coalition.

It is the latest initiative by Kuala Lumpur geared towards Sabah and Sarawak, where grumbles over unfair treatment compared with Peninsular Malaysia threaten what are known as "fixed deposits" for BN - the two states account for more than one-third of its strength in Parliament. Malaysia's general election is expected by May.

An ambitious project - the 5,324-km Pan-Borneo Highway - is already being built across infrastructure-starved East Malaysia, and the Najib administration has begun handing back some autonomy to the state governments.

The LDB is expected to diversify the economy of Labuan, a once-sleepy district that grew steadily for a quarter of a century thanks to its offshore financial centre and the oil and gas industry.

But Labuan, whose main island is one-eighth the size of Singapore, was badly hit by the oil and gas downturn in 2014 to 2015.

The blueprint aims to integrate Labuan, which has a low-tax regime for industries such as banking, insurance and finance, into the economies of Sabah and Sarawak.

"Nobody can control the global price of oil. But as a government, we cannot leave this be. We must intervene and create new ideas for Labuan. The blueprint for 2030 will create a better future, and if you make the right decision later, we will deliver real change for Labuan," Datuk Seri Najib told thousands attending the launch event.

Analysts say that while BN will probably maintain its grip on Sarawak, it may face a sterner test in Sabah, where former Umno vice-president Shafie Apdal is leading a fierce campaign against his former colleagues.

Key to the LDB is a proposed 11km bridge that will connect the island to Sabah, a project that the Prime Minister called "an extension to the Pan-Borneo Highway". The local community has long pushed for the bridge, which will mean a 21/2-hour drive to state capital Kota Kinabalu.

Tour guide Jerry Teo told The Straits Times the bridge "is a dream come true" as it will allow tourists from Sabah - which has seen huge growth in visitors from China - to make a stop in Labuan.

The LDB also aims to transform financial services through measures such as tourism boosts, especially through water sports events like a new leg of the P1, the world's premier powerboat series.

Labuan MP Rozman Isli said the territory needs to diversify after more than 10,000 - or 10 percent - of its residents moved away when the oil and gas sector crashed. According to official data, unemployment hit 7.8 percent in 2016, more than double the national average.

Datuk Chin Chee Kee, who heads the Labuan association of trust companies - firms which manage Labuan subsidiaries for others - told The Straits Times the LDB will make Labuan more attractive to skilled workers, helping investors to maintain a larger presence in the district.