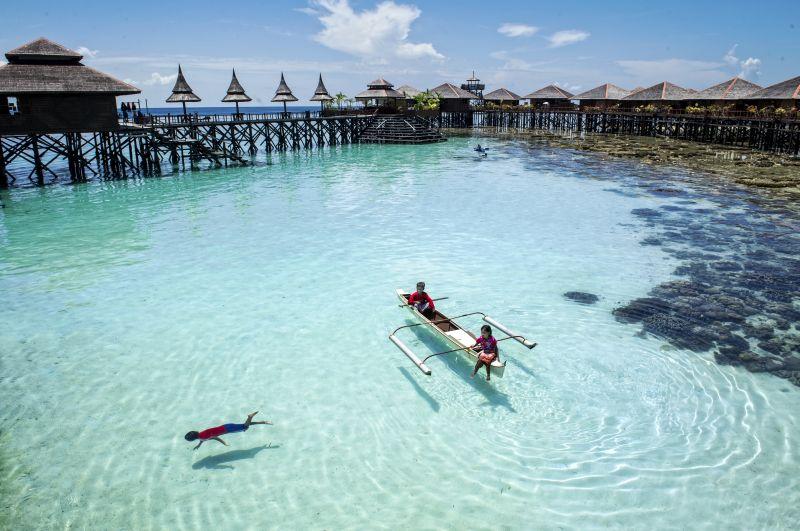 Kota Kinabalu: The prospect of a million Chinese tourists visiting Sabah in the coming years is not impossible judging from the trend, proximity and treasures that Sabah has to offer compared with other destinations in Malaysia. Consul-General of the People's Republic of China here, Liang Caide, said Sabah has become one of the most popular travel destinations for Chinese with 380,000 in 2016 and rising to 430,000 last year, an increase of 15 per cent.

"Currently, there are 95 direct flights per week to different cities in China and on Tuesday, Xiamen Air just launched a direct flight between Kota Kinabalu and Beijing.

"I believe there will be more direct flights in future which will attract more Chinese tourists to visit this beautiful 'Land Below the Wind'," he said, citing the nom de guerre of Sabah as popularised by Agnes Keith in her 1937 classic of the same name.

Liang was answering a question during a media briefing on the 19th National People's Congress of the Communist Party in China that introduced China's diplomatic policies, the Belt and Road Initiative, trading facts and the work of the Chinese Consulate, here, Wednesday.

He said Sabah is strategically located, besides having diverse culture, beautiful scenery and rich tourism resources.

Furthermore, he said, Sabah is also the nearest place of Malaysia from China that is historically and culturally related.

Liang also said China will continue to encourage qualified and capable enterprises to invest in Malaysia, particularly in the sectors of infrastructure and connectivity, superior production capacity, quality equipment, advanced manufacturing, agriculture, forestry, animal husbandry and fishery, among others.

In fact, he said more and more Chinese enterprises are coming to Sabah for inspection and cooperation opportunities in many fields such as infrastructure energy, information and communications due to the development of the Belt and Road initiative.

"Chinese enterprises currently have invested in agriculture, tourism, biotechnology and aquaculture in Sabah.

"Sabah's strategic location in the core development zone of the East Asean Growth Area coupled with its beautiful scenery, rich natural resources and strong economic and trade complement with China have been attractive aspects to the Chinese enterprises," he said.

Liang said the Consulate General will continue to make efforts in realising the win-win cooperation between the two places.

"We will support the China's Belt and Road initiative and Sabah's development plan, by strengthening and deepening the bilateral cooperation.

"We hope that Sabah enterprises will vigorously establish close business relations with more Chinese enterprises so as to jointly promote the growth of bilateral trade and investment," he said.

Liang said the Consulate General will, as usual, provide assistance and support to the economic and trade cooperation, people-to-people and cultural exchanges and tourism cooperation between China and Sabah.

For example, he said, it communicates and coordinates the cooperation between enterprises of both places by providing relevant information and consultant services, encourages and supports Chinese enterprises to invest and develop in Sabah.

In addition, he said the consulate vigorously publicises and introduces the plentiful tourism resources of Sabah and provides high quality consular services to facilitate the personnel exchange of both sides and actively promotes the establishment of friendly cities between Kota Kinabalu and cities in China.