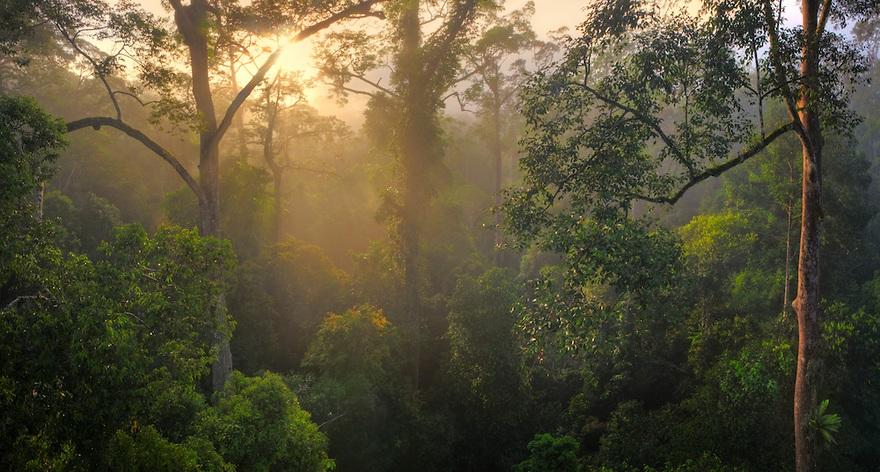 Sabah Has Done Well in Conservation


The State Government under the leadership of Chief Minister Tan Sri Musa Aman has progressed well in protecting Sabah's nature and environment as reflected in its forest reserves.

Making this observation, Assistant Minister of Tourism, Culture and Environment, JCI Senator Datuk Pang Yuk Ming said, in fact, Sabah has gone beyond the standard set by the International Union for Conservation of Nature (IUCN) in terms of forest reserves.

"By 2025, Sabah will achieve 30pc of total land earmarked for forest reserves. All this is due to the direction set by our CM. The Government has turned down a bridge project across the Kinabatangan River, worth RM250 million last year in order to preserve the ecosystem in the area and protect the wildlife there," he said when officiating at the Junior Chamber International (JCI) Luyang 8th Installation & Awards Banquet at the E-West Assembly Hall.

Pang described Sabah as a blessed land with the richest ecosystem in the world, characterised by the highest mountain in Southeast Asia and the oldest rainforest, Danum Valley which is now 130 million years old, older than the Amazon Rainforest.

"Danum Valley has been visited by many Royal members from around the world.

Besides, we are also part of the Coral Triangle which has the best marine ecosystem in the world," he said.

The Assistant Minister, who has been appointed by the CM to lead the "Sabah Blue Ocean Initiatives" for the purpose of protecting our ocean, shared that the IUCN has also introduced a requirement for every country to have 10pc of their ocean converted to Ocean Park by 2020.

"None of the countries has achieved that figure and Sabah is the first region to commit to that requirement.

The Government has put this subject as our top priority as it is our desire to create a better environment for the next generation," he said.

While assuring that Sabah will continue promoting tourism to the world, Pang urged more chapters to take up the responsibility in promoting environmental projects.

Meanwhile, he witnessed the installation of Gordon Pan as the 8th President of JCI Luyang by his predecessor Josephine Wong, and the signing of a Memorandum of Understanding (MoU) between JCI Luyang and the Hong Kong Taipo Youth Association for the purpose of facilitating partnership and collaboration between the two bodies.

The two organisations are expected to develop and expand collaborative projects and programmes related to environmental conservation and entrepreneurship aimed at empowering young people to create positive change.

Earlier, in his maiden speech, Pan expressed his gratitude to the Hong Kong Taipo Youth Association's delegation for their contribution in planting over 300 pieces of new corals the same day.

Outlining his Chapter's plans, he disclosed that apart from pushing the signature project "Save our Ocean" to a new milestone, JCI Luyang will also focus more on business development and make its presence felt more in the international arena. "We aspire to uplift the image of JCI Luyang, not only locally but also internationally."

On a personal note, the new President said it was the JCI movement that made him what he is today, adding it is a calling to serve the community, and a leadership training ground for self-development.

On his presidential theme "With Great Power, Comes Great Responsibility", Pan said : "If you have the ability to do something, make sure you do it for the good of others, and if you can stop something bad from happening, please do it. We do not need to be a superhero to create a big impact as it is possible to carry out a small action and create a huge impact on the world."