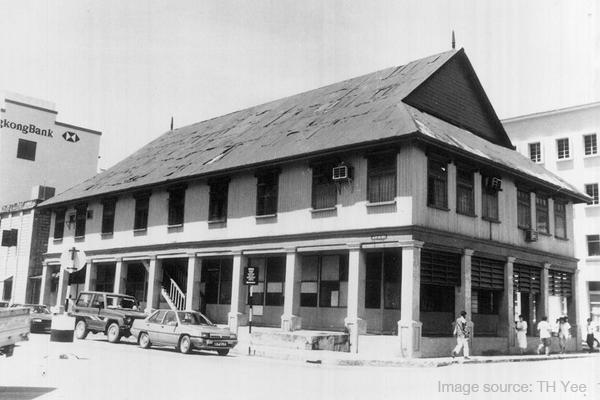 KOTA KINABALU: Minister of Special Tasks Datuk Seri Panglima Teo Chee Kang welcomed the proposal to set up a Chinese Heritage Museum in Sabah. He said the State Government would be willing to facilitate the implementation of the meaningful project.

He added that the plan to set up a Chinese Heritage Museum had actually been put into action during the tenure of former President of the Federation of Chinese Associations Sabah (FCAS), the late Datuk Seri Panglima Sari Nuar.

He said FCAS started talks with Sabah Museum on the proposal in the late 90s.

"Sabah Museum had agreed in principle to collect a symbolic rent from FCAS to build the Chinese Heritage Museum on its grounds," he added.

Teo said all the relevant documents had nearly been completed and both FCAS and Sabah Museum had also signed a Memorandum of Understanding (MoU).

Teo, who was then the legal advisor of FCAS, had assisted the federation in drafting the memorandum. Due to unknown reasons, the plan to build the Chinese Heritage Museum back then did not materialise.

"If I am not mistaken, the Chinese Heritage Museums in Kuching and Sibu were initiated and implemented by the local Chinese associations.

"We could emulate how it was done in Sarawak, or collaborate with Sabah Museum, to establish our own Chinese Heritage Museum here."

Teo said having a Chinese Heritage Museum would enable the preservation of the history of the Chinese community in Sabah.

He said the museum would document the Chinese migration to Sabah, their contribution as settlers working alongside the Bumiputeras, their heroic deeds as Kinabalu Guerrillas and their involvement with Bumiputeras in the formation of Malaysia.

He said hundreds of thousands of Chinese tourists travelled to Sabah each year.

"Sabah will be expecting increasing Chinese tourist arrivals with the availability of more direct flights to major cities in China."

Teo believed that the Chinese tourists would have a great interest in the history of their ancestors in Sabah.

"There are many valuable information and historical records on the evolution of the Chinese people in Sabah which could be kept and showcased in the Chinese Heritage Museum.

"The museum will enable our future generations and foreign tourists, including those from China, to learn about the history of the development of the Chinese people in Sabah."

As such, Teo believed that the setting up of the Chinese Heritage Museum was a meaningful project. He said the State Government would facilitate the project.

On FCAS's willingness to take undertake the setting up of the museum if, given the go-ahead by the State Government, Teo said non-governmental organisations (NGOs) could implement the project like their counterparts in Sarawak.

"The State Government could facilitate the implementation of the project and we are willing to do so."

On Kapayan Assemblyman Dr Edwin Bosi's suggestion to turn the burned-down old building next to Hong Kong and Shanghai Bank (HSBC) here into a Chinese Heritage Museum, Teo said the State Government has already planned the building for another use.