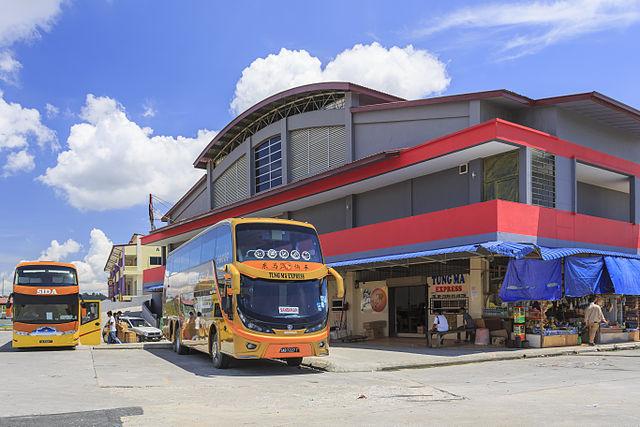 
The building of the Sandakan Integrated Bus Terminal which will be completed soon shows the government's commitment to fulfilling the needs of the people.

He said the bus terminal would provide ample space for the bus operators and comfort for members of the public using the bus services.

"This terminal is built on the request of the people. We planned and then implement it to fulfil our promise to the people" he said, here, yesterday after visiting the terminal which is almost completed.

Musa said it was the priority and commitment of the government to provide facilities for the convenience and comfort of the people.

Meanwhile, Sandakan Municipal Council president, Datuk James Wong said the main building of the bus terminal was ready and there were only the external works to be completed including topping up the low-lying spots.

He said the terminal allocated 12 lanes for picking up passengers and four lanes for dropping off passengers, besides having a computerised system to be used for purchasing tickets including through the Internet, and to display the bus departure and arrival times.

When fully operational, this bus terminal would be the first in the state to use a computerised system, he added.

There will also be 16 retail and dining spaces, and a large waiting area for passengers at the two-storey bus terminal.