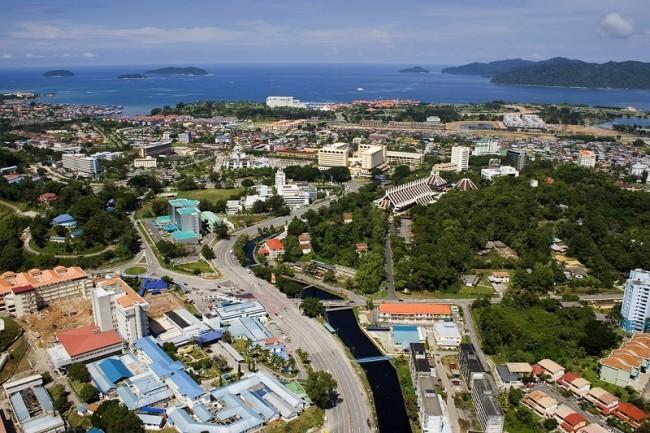 New property launches for 2017 are expected to be 40 percent lower than those recorded in 2016.

However, for 2017 SHAREDA is expecting new project launches to be worth less than RM1 billion.

Chew said as, at July 2017, property launches only stood at around RM700 million.

"About 80 to 90 percent of the properties launched (in 2017) are residential projects valued below RM500,000 (per unit)" he said when contacted recently.

Chew said one the reasons contributing to the decline in new property launches was the difficulty in securing bank loans for purchasers.

Meanwhile, on the federal cabinet's decision to freeze approval for new shopping malls, offices and luxury condominiums valued over RM1 million per unit, he pointed out that this would not affect Sabah.

He explained that this was because 80 percent of the new condominium projects in the state were priced at RM500,000 per unit and below.

Hence, the federal cabinet's decision to freeze approval for certain properties would not apply in Sabah.

According to the National Property Information Centre, overhang condominium units have increased by 40 percent from 14,792 units in the second half of 2016, to 20,876 units in first half of 2017.

As such, the federal cabinet ordered the instruction to freeze approval for shopping malls, office buildings and condominiums valued above RM1 million.

Aside from that, Chew highlighted that the property overhang issue in Sabah was not serious, as the majority of the completed property projects in Sabah, especially those here, were 70 percent sold.

"At the moment, developers with more stocks on their hands would introduce promotional packages or special prices to attract buyers.

â€ For instance, Chew said he was willing to offer a 10 percent discount on the Grand Merdeka Mall, which was developed by his company, to attract buyers, as other developers offered lower booking fees or downpayments to buyers in order to boost market sentiment.

He added market adjustments were normal for developers as property prices could continue to rise indefinitely.