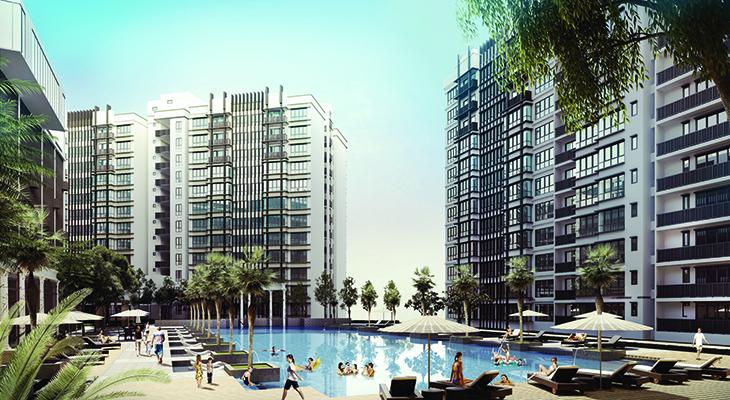 Demand for high-end properties is still strong, particularly in the Klang Valley, said UEM Sunrise Bhd Development Chief Operating Officer, Roslan Ibrahim. He said this was based on the high take-up rate of its latest residential project, Residensi Solaris Parq in Dutamas here, which stood at 80 per cent as at end-November 2017.

"We achieved the take-up rate in less than two months, surpassing our initial target which was lower than 80 per cent," he told reporters after hosting a media tour of the project's show unit here Thursday.

Roslan said the oversupply of high-end residential units was not an issue despite the slow property market condition in the country.

"Location plays an important role, apart from your target market. For Residensi Solaris Parq, we are looking at foreign buyers, youths and retirees seeking to downgrade to a smaller house after their kids have moved out," he said.

The project, slated for completion in 2022, is part of UEM Sunrise's mixed development project and has a gross development value (GDV) of RM755 million.

Roslan said the company would seek customers' feedback before proceeding with the next phase of the mixed development project.

"We always ask our customers what they want before we proceed with the construction of any new project," he said.

On another note, a research house reported that UEM Sunrise was on track to meet its sales target of RM1.2 billion for the 2017 financial year, after registering RM851.2 million in property bookings.

It said UEM Sunrise had launched projects worth RM1.9 billion, exceeding its 2017 target of RM1.7 billion.

"About 80 per cent of the 575 units Solaris Parq Residences, launched at an average selling price of RM1,100 per sq ft, have already been sold, which could contribute RM600 million in new sales.

"The company's remaining landbank is around 5,260 hectares, with an estimated GDV in excess of RM100 billion," the report said.