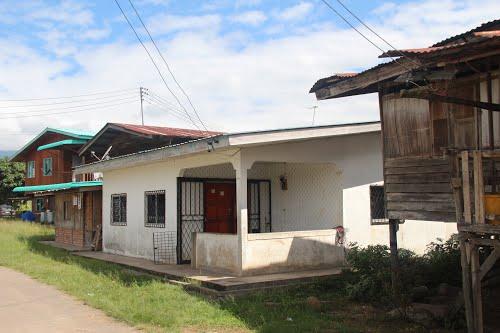 Not Easy to Select 100 Houses for Repairs, Says Pairin

TAMBUNAN: Deputy Chief Minister Tan Sri Joseph Pairin Kitingan said it was not easy to select 100 houses that were eligible for repair in the Keningau parliamentary constituency.

He said it involved various parties, evaluators and guidelines.

"The main conditions in the selection are that the recipients must be registered with e-Kasih and in the poor or hardcore poor category" he said when launching a gotong-royong to repair houses within the Keningau parliamentary constituency at Pisompuruan Square on Monday, 4 December.

He said the house to be repaired must be on its own land or approved by the authorities.

Pairin, who is also the Infrastructure Development Minister, said with a designated allocation of RM10,000, the evaluator should monitor and ensure that the selected house was economical to repair.

"It should also be noted that the program does not involve extensive modifications; there are certain scopes such as painting, floor repair, roof, bridge, or electrical wirings to provide more comfort to the occupants.

Pairin said some of the selected houses had been completed and some were in the process of completion and should be completed by the end of the month.

"We hope the restoration works will be over before Christmas" he said.

"This program is the second phase where the first phase involved only ten houses.

"I understand that the allocation for each selected house is RM10,000 and the concept of gotong-royong involving local people, JKKK, government agencies and local leadership is very good because it will foster unity" he said.

At the event, Pairin also presented home repair assistance to 40 recipients from Tambunan, 30 from Bingkor and 30 from Liawan.