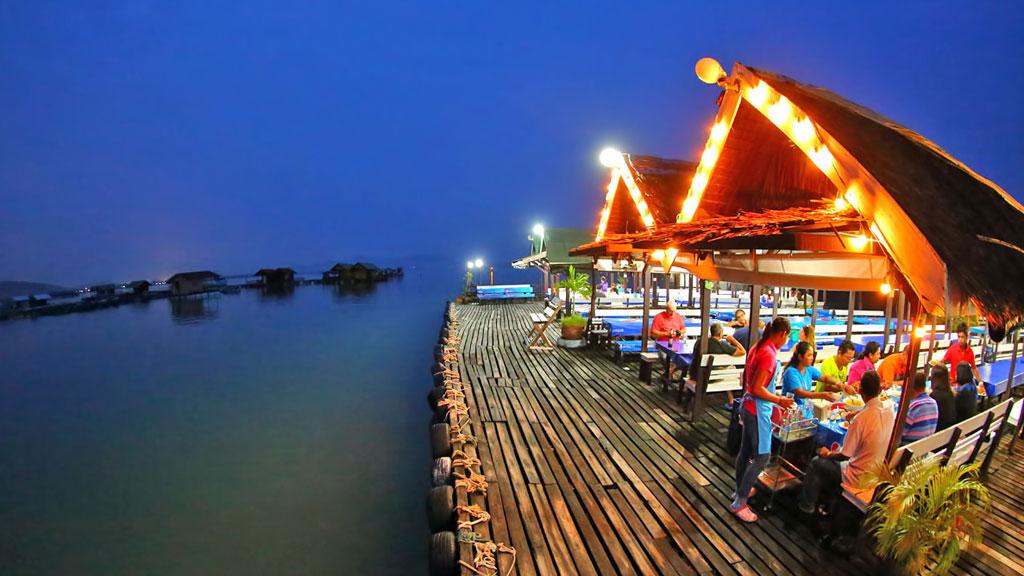 A Floating Restaurant in Labuan


LABUAN: The pioneer private operator of the ro-ro ferry between Labuan and Menumbok has welcomed the proposal to build a bridge between the two points even though it may mean the death knell for ferry owners.

Instead, he looks at the development as a new business opportunity and challenge.

"But we cannot be selfish and think of ourselves only. We have to look at the bigger picture, the physical link between Labuan and Menumbok would bring more benefit to a majority of them on both sides.

"So we welcome the project."

LFC is the oldest company to run the ro-ro ferry service across the channel.

It has been in the business for the past 15 years and about 10 years ago upgraded the service by purchasing a new ferry from South Korean costing RM5 million and with a 60-vehicle carrying capacity.

"We cannot consider all this, we have been in the business for long and recovered most of the investment, our next move would be to re-design our ferry into a floating restaurant or hotel to support the local economy and tourism," said Peter.

He said there was a future in tourism given the support from the government and the Ministry of Tourism.

At present, there are three licensed operators of ro-ro ferries on the sector. The other two are Juta Bonus Sdn Bhd and Labuan Mainland Link Sdn Bhd. Apart from Warisan Perdana under LFC, ro-ro vessels under the other two firms are Putra Jaya, Goodwill Star, Kimanis and Galaxy. Most of these vessels are new as they came into service only a few years ago and not likely to have recovered their investments fully.

Regarding the 100 plus water taxis plying on the routeÂ­ many don't feel deterred.

"Even now we have five ro-ro ferries on the route. But the speedboats are still doing well, so the bridge would not have an effect on them.

On whether the bridge and the ro-ro ferries co-exist would depend on the toll charges on the bridge.

Presently passenger cars including vans are charged between RM40 to RM50 excluding landing fees on a one-way trip out of Labuan the cost of return trip would be double.