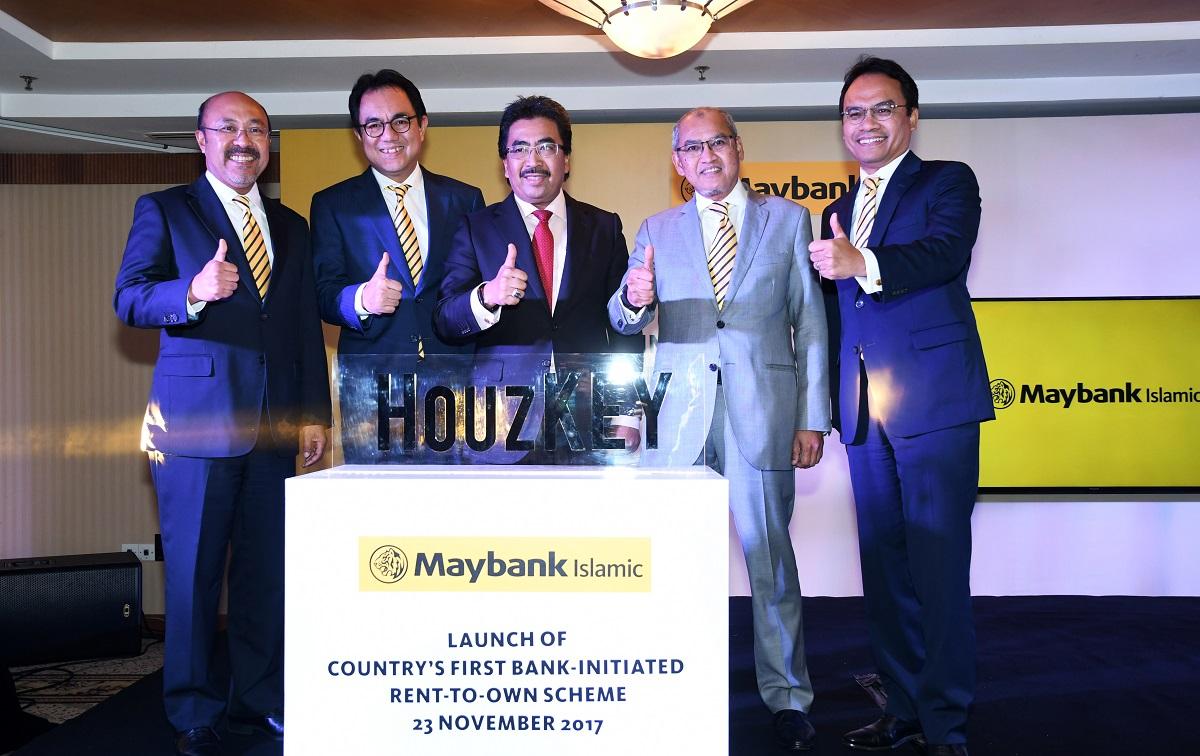 
KUALA LUMPUR: Maybank Islamic, which plans to roll out its rent-to-own scheme named HouzKEY to the public in the first quarter of next year, is eyeing a portfolio size of RM1 billion within the first year.

The bank has partnered with five developers namely SP Setia, EcoWorld, Mah Sing, Gamuda and Sime Darby for its pilot launch, and will feature housing projects from these developers with a pricing cap of RM1 million.

Maybank Islamic CEO Datuk Mohamed Rafique Merican said purchasers will have the option to buy a property from the selected developers featured on the website catered to the product.

He added that the bank is also exposed to risk as it will be the initial owner of the property.

While the offerings at this point of time is only limited to products by the aforementioned developers and those located within the Klang Valley, the group is looking to expand this in the future.

"We intend to progressively expand our offering to include properties in other locations throughout Malaysia as well as include more developers over the coming months to give Malaysians an even wider choice of homes to invest in" said Rafique.

The RTO which is developed based on the syariah principle of ijarah, involves leasing that include the option to purchase after servicing rent for 12 months.

Applicants eligible for the scheme are those with a household income of at least RM5,000 and commit to a minimum rental tenure of five years. Customers will be subject to a flat rental payment for the first five years.

They will also be able to purchase the property at a locked in rate, continue rental tenure with 2% annual rental step up or terminate agreement with no further obligations. The scheme is seen as a move to address the insufficient down payment issue faced by many home buyers.

Conducted fully on digital platform, applicants will have to choose the property on the website Maybank2own.com, and a decision will be given by the bank within a day.

Following this, customers will have to make the three months rental deposit within a week.

Lauding the product, Finance Minister II Datuk Seri Johari Abdul Ghani said the government on its part is determined to strengthen the legal and institutional framework of the rental market.

"For instance, establishing a neutral third party that protects tenants right to deposit recovery while allowing landlord to use the deposit if the tenant breaches the agreement" he added.

Johari said he has "spoken" to the ministries of the Domestic Trade and Consumer Affairs and the Urban Wellbeing, Housing and Local Government to work together to build a database akin to the UK's Tenant Registry Tenant Database.

On another note, he said the government will lift the temporary freeze on luxury developments once the number of unsold units of high-end properties hits "reasonable levelsâ€.

The Cabinet is also yet to receive feedbacks from stakeholders such as developers and housing associations on the changes that has to be made in relation to the freeze.