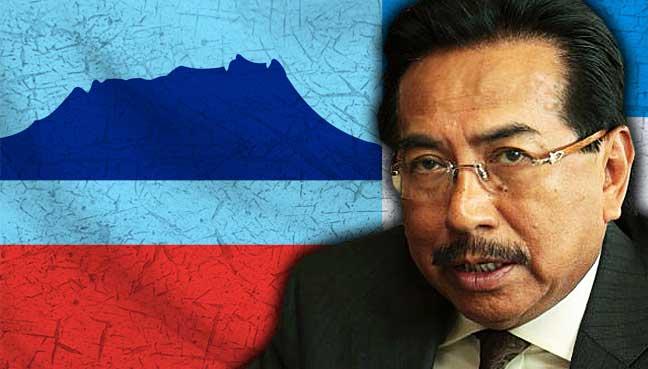 
KOTA KINABALU: In what is a reflection of the state economy's strong performance for the fourth year in a row, Sabah Chief Minister Musa Aman on Friday (17 November) announced yet another surplus budget, increasing allocations across the board for various sectors.

"Alhamdulillah, with robust economic performance and prospects, the state government continues to be committed to developing this beloved state to achieve a higher level of development and brighter future" he told the Sabah State Legislative Assembly.

But a key attraction is the budget's whopping 100% increase for its special allocation, to benefit women, single mothers, senior citizens, disabled people, youths and rural communities, from RM53 million to RM115 million next year.

Musa proposed a total budget expenditure of RM4.1 billion for the year 2018, which is a surplus of RM64.89 million from its total revenue, double the surplus announced last year.

One focus of the special allocation is the development of the tourism sector in rural areas to encourage the participation of local communities, setting aside RM12 million to the state tourism ministry for this purpose.

The special allocation also includes RM7 million for cleaner towns including the capital Kota Kinabalu, and another RM8 million to restore toilets, playgrounds, jogging tracks, public parks and beautify old buildings, as well as for the installation of security cameras in public places.

"These additional allocations are specifically for new strategies and approaches that will benefit directly the various segments of society" Musa said in his budget speech.

"Besides ensuring more people-oriented programmes, these additional allocations and new programmes are a sign of our gratitude for the significant increase in the state's revenue which we want to share and return to the people.â€

Developments More than one-fourth of the budget, or some RM1.33 billion, goes to infrastructure and transportation. This includes the upgrade of roads in the state capital Kota Kinabalu, as well as Penampang and Inanam, Tamparuli, Kota Belud and Ranau, involving over RM60 million.

About RM600 million is allocated for water supply and treatment plants. Musa also announced RM160 million for the construction of a new water treatment plant in Semporna, which will be ready by 2019.

Some half-a-billion ringgit has been allocated for the agriculture sector, which contributed about 20% to Sabah's GDP.

RM134 million is allocated for the manufacturing sector, while RM228 million is given for the development of tourism with a key focus on promoting the active participation of rural folks in the sector.

Schools and organisations catering to various communities are given over RM60 million in funds, almost equally divided for Islamic schools and mosques, as well as for mission and other privately-run schools.

Get to the ground Musa also announced a RM1,500 increase in special payment to state civil servants, triple the amount paid last year.

The first RM1,000 will be paid in January 2018, and the remaining RM500 in time for Hari Raya Aidilfitri next year, he said.

"Civil servants are the main pulse and heart of the government machinery and administration. Therefore, the state government would like to announce good news to the State civil servants" he said.

Musa said the budget presented on Friday was a result of his administration's "get to the groundâ€ approach, with working visits by top state officials to find out the needs of the people.

"We can choose to simply receive reports in meetings or hear briefings in an air-conditioned and comfortable office about what happens at the grassroots, but this is not our way.

"This approach is proven to be successful because it allows us to understand the needs of the people by getting the real picture of the development situation at the grassroots level and witness their problems and progress" he said.

"We go down to the ground to serve and not to instil hatred. We come and serve with records and evidence" said Musa.

In his speech, Musa said the Sabah economy grew at a rate of 35% between 2011 and 2016, and during this period, its gross domestic product (GDP) increased from RM59.3 billion to RM73.8 billion last year.

"It is currently ranked as one of the top five among the states in Malaysia" said Musa, adding that the services sector was the largest contributor to the total GDP last year, followed by mining and agriculture. Sabah is also the largest producer of crude palm oil in Malaysia.