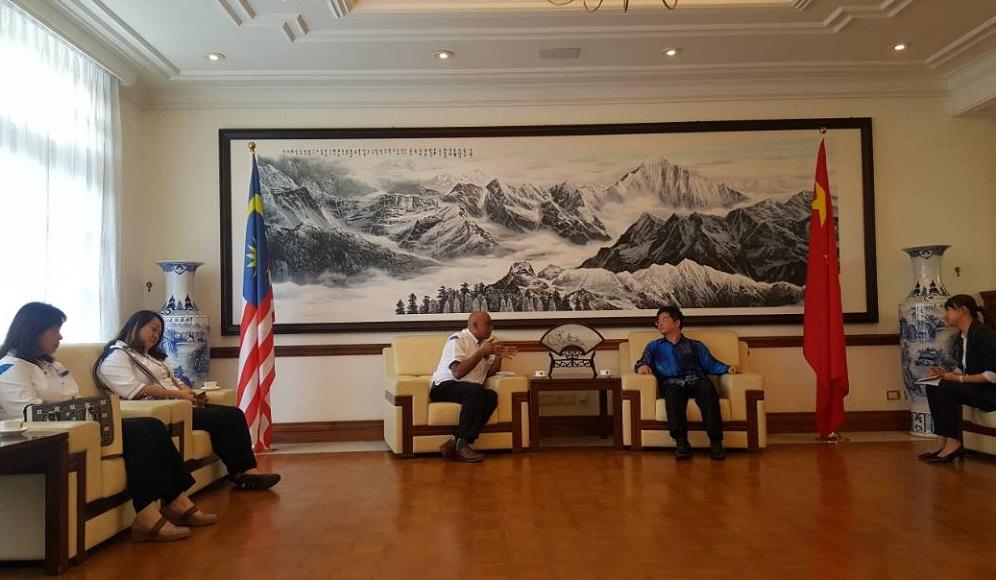 China Keen on Investing in Oil and Gas, Tourism, Commercial Developments in Sabah


KOTA KINABALU: China considers Sabah as a very important stop along its One Belt, One Road (OBOR) initiative hopes more companies from the Republic are interested to come and invest here.

"This is because Sabah has a unique advantage; in terms of geography it has a strategic location, as well as human and cultural resources - it has a lot of potential in opening up trade and economy" said Liang Caide.

The new Chinese consul-general in Kota Kinabalu, Tuesday, speaking through an interpreter, noted some of China companies' past and ongoing involvement including the railway and construction projects in this State, as well as the commercial development at the city centre under The Shore project.

Liang told officials from the Sabah Journalists Association, who paid him a courtesy call Tuesday, disclosed promoting trade and economy ties, including the Republic's One Belt, One Road (OBOR) initiative, will be the main priority during his tenure here.

Liang arrived here in the middle of September and took over from the first Consul-General appointed for Kota Kinabalu, Chen Peijie who returned to Beijing after serving here since January 2015.

"The belt and road initiative has been promoted in Malaysia aggressively and this country is one of the first to respond to OBOR as well as to receive fruitful results" the Chinese official stressed.

He, however, said there was more room for cooperation, expressing China's continued interest in construction and manufacturing sectors, major projects like the Sipitang Oil and Gas Terminal (SOGT) as well as tourism.

He also suggested that forums or training can be organised to brief the media here on the latest developments in China in future, which Liang responded positively in collaborating on such events.

Liang also thanked the media here for its objective reporting and the standard of professionalism in news coverage for their events.

"We hope to maintain the good relationship with the media" said Liang, who was also briefed on the upcoming Kinabalu Shell Press Awards (KSPA) co-organised by SJA, the state government and Shell taking place here on November 17.