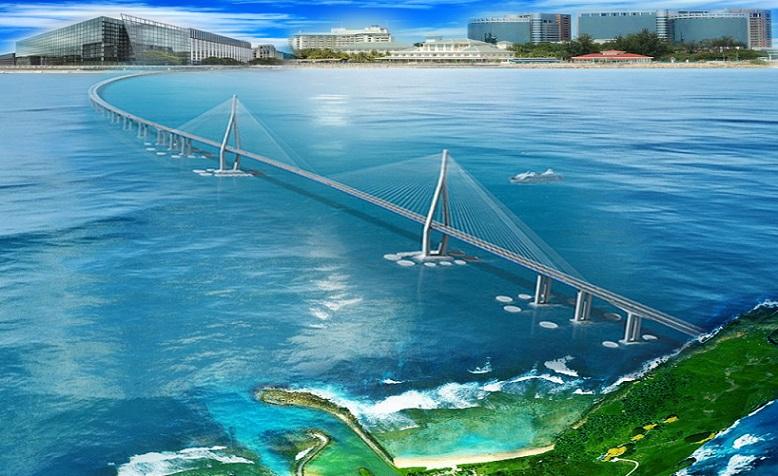 Game-Changer to Economy With Labuan-Sabah Bridge

LABUAN: Rozman Isli reckons that building the long-awaited bridge linking the duty-free island to the mainland is a game changer that will give huge positive impacts economically to the whole region.

"Big changes will happen not only in Labuan but also to Kuala Penyu and Beaufort and nearby Menumbok" the Labuan Member of Parliament told BorneoToday in response to the announcement of the feasibility study to be conducted towards the development of the bridge in Friday's 2018 budget.

"This is a big present to the people of Labuan and Sabah. The door has opened and the rest of the process will be rapid and i am sure it will become a reality soon" he said.

"Thank you so much to the Prime Minister (Najib Razak), FT Minister (Tengku Adnan Mansor), EPU Minister (Rahman Dahlan) and Sabah CM (Musa Aman) as well as the Sabah State government for agreeing and supporting us on this.â€

Rozman said securing a bridge to link with mainland Sabah had always been his agenda, as this was the wishes of the people, his constituents.

"I made sure I forwarded this proposal when the Prime Minister called for suggestions for the budget. He listened and on behalf of the people Labuan, we are grateful.â€

On the Budget itself which was presented by Najib, who is also Finance Minister, Rozman said it was not about fulfilling everybody's wish-list â€¦ "I find it a responsible budget â€¦ in managing and bringing the nation to a new level entering the 1st phase as a developed nation.â€

Musa said the move for a study on the viability of the Sabah-Labuan bridge had brought hope to the people that the project was stepped closer to reality.

"We welcome the feasibility study. The bridge, if it becomes a reality, would stimulate economic activities in the areas concerned" he said following the tabling of the budget.

Muhammad Ibrahim, the Bank Negara Governor said the study on the bridge is good news as this could help generate economic activities for both the state and Labuan.

Muhammad who was officiating the Labuan Annual Industry Dinner Friday night, affirmed the physical connectivity is vital, but not only having a bridge but also the flight and â€˜WIFI' connection.

Labuan IBFC Inc Sdn Bhd, the marketing and promotional arm of the Labuan International Business and Financial Centre, also welcomed the announcement of the study.

"Without a doubt the development of the bridge will not only spur the socio-economic development of Labuan, it will further develop Labuan International Business and Financial Centre, by creating better connectivity with the greater Asian region" it said in a statement.

"As a mid-shore domicile, it is imperative that Labuan IBFC remains accessible to both its users and the industry that serves it.

"We expect that once completed this bridge will facilitate the further development of the jurisdiction, by enhancing both its physical and digital connectivity, as well as expanding the talent pool available for its further growth.â€

However, Yong Teck Lee, a former chief Minister queried in a tweet posting, "How many feasibility studies to go before the bridge is built.â€