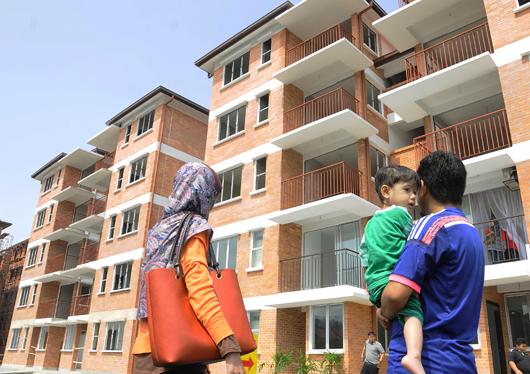 However, Maybank IB Research believes the federal government is unlikely to expand PR1MA. This is because of the 500,000 low-cost homes targeted to be built from 2013 to 2018, only 267,902 units have been approved across the country. Of this, 8,475 units have been completed, while another 139,393 units are presently under construction as of 16 August.

Instead, Maybank Investment Bank's research division thinks that the authorities could focus on establishing one agency to oversee the affordable housing market and make sure such homes are constructed on time.

"This entity - likely modelled after similar bodies overseas like Singapore's Housing and Development Board (HDB) - should consists of relevant federal government ministries and agencies, state governments as well as the property and financial industry players.â€

"The objectives, among others, are to better coordinate public and private sector affordable housing programmes and projects to avoid over-building, and to better match supply and demand via improved information and database on eligibility, products, pricings, locations, and financing.â€

This authority could also be tasked with solving the lack of affordable housing in certain areas by identifying and allocating federal and state government land for such housing projects, including unutilised Malay reserve lands and wakaf sites.

Moreover, it could encourage private developers and government-linked property firms to set aside some of their land for low-cost housing, particularly those located in the cities.

Previously, PR1MA was allowed to construct such homes in TNB's land in Selangor and a site in Penang owned by Royal Malaysian Customs Department.

Maybank IB Research also thinks that the new budget could contain measures that promote rent-to-own schemes, such as the Ijarah concept offered by Islamic banks.

In addition, AmInvestment believes that the government will likely keep the real property gains tax (RPGT) to deter speculators.

"The property sector could see some measures that support the buyers by raising the EPF withdrawal limit to purchase home from Account 2 to 50 percent from 30 percent currently, and reduce the incidental costs of owning an affordable home by extending the full waiver of stamp duty for first-time buyers of affordable homes beyond December 31, 2018, and raising the threshold to a maximum of RM500,000 from RM300,000 currently.â€

This is because a study by the Real Estate and Housing Developers' Association Malaysia (REHDA), shows that "end-financing remains the major issue for unsold units, with around half of the loan rejection coming from buyers of properties priced RM500,000 and below.â€