He said this included Sabah's entitlement to an annual special grant equivalent to 40 percent of the net revenue derived by the federal government from Sabah, after deducting the revenue income assigned to the State subject to other provisions in the Federal Constitution.

Teo, who also chairs the Committee for Revision of State Rights, said this during an interview by CityplusFM in reference to the coming federal budget that will be tabled in Parliament.

He said the 2017 Budget allocated a sum of RM260 billion, in which RM46 billion was for development expenses.

Teo said Sabah was allocated a considerable amount of funding compared to other states in Malaysia.

"However, the various enablers for economic growth, basic infrastructures in Sabah are urgently in need to be upgraded. The allocation we received was therefore insufficient for these developments" Teo pointed out.

For instance, he said there was a need to upgrade the roads linking the urban and rural areas to highways. The infrastructures at Sepanggar Port should also be upgraded to transform the port into a transhipment hub in the region.

"Broadband coverage and speed in Sabah should be further improved. Electricity and water supply are vital for industrial and commercial developments. All these developments require a large budget. And we hope that the federal Finance Ministry will take these into account in the 2018 Budget.â€

Teo said the Prime Minister, Datuk Seri Najib Tun Razak, had stressed on many occasions on the need to improve infrastructure development in Sabah and Sarawak so that East Malaysia could be on par with the peninsular states one day.

He said one of the important projects being undertaken is the Pan Borneo Highway.

"The Pan Borneo Highway in Sabah stretches 706 kilometres and involves a cost of RM12.6 billion. Construction of the highway is currently in full swing and I believe the first phase of the project will speed up in 2018. As such, the budget allocation for the project should also be increased" he said.

In addition, Teo said the federal government had approved an allocation of RM1 billion to upgrade the Sepanggar Port.

"Work is expected to commence next year so I reckon there will be quite a considerable allocation for this purpose in the budget" he hoped.

Teo continued to say that it was vital to provide favourable conditions to spur economic growth, such as the availability of road network and internet coverage.

"We have rich natural resources and enjoy strategic geographical location. What we need to do is to improve our basic infrastructure. Only by doing so can we attract more foreign investors to Sabah" he stressed.

On whether the federal government have communicated with Sabah on the needs of the State prior to formulating the 2018 Budget given that Minister in the Prime Minister's Department, Datuk Seri Abdul Rahman Dahlan, is the first Sabahan appointed to be in charge of the Economic Planning Unit (EPU), Teo replied that Abdul Rahman has been a close friend and a colleague for many years and they often kept in contact.

Asked about the state government's wish list for the budget, which will be the last spending plan before the 14th general election, Teo said he hoped that the personal and company income tax rates would be revised.

"The government has been collecting more tax revenue since the imposition of the Goods and Services Tax (GST), and therefore, there is a need to lower the personal as well as company income tax rates" he said.

He also hoped that prices of goods in East and West Malaysia can be standardized as soon as possible so that consumers in Sabah and Sarawak need not pay 10 or 20 per cent more compared to our peninsular counterparts.

"A magazine, for example, which costs RM10 in West Malaysia is sold at RM12 or RM13 in Kota Kinabalu" he said.

Teo was also asked about the measures the federal and state governments could take to improve Sabah's Gross Domestic Product (GDP) from its third lowest position in Malaysia last year.

On that, he said the per capita income could not be pushed upward in a rush; it should be done systematically.

"We need to upgrade the basic infrastructure in the State to lure foreign direct investments for our industries and other sectors to take off. When that is achieved, the per capita income will increase naturally" he reckoned.

Teo said the state and federal governments worked closely, and any matters could be brought up for discussion in meetings.

"There is also good communication between the state and federal leaders. We have five Sabahan ministers in the federal cabinet so there is completely no problem in communication" he said.

Asked if he expected the Prime Minister to allow Sabah and Sarawak to have more autonomy in the 2018 Budget as both states have been requesting for more devolution of power from the federal government, Teo said he, as the minister in charge of the revision of Sabah rights, looked forward to seeing our requests being included in the budget, especially pertaining to the special grant for the State.

"The Federal Constitution stipulates that Sabah is entitled to an annual special grant equivalent to 40 per cent of the net revenue derived by the federal government from Sabah, after deducting the revenue income assigned to the State subject to other provisions in the Federal Constitution.

"This has to be reviewed and be channeled to Sabah" he stressed.

Teo was also asked if now is a good time to demand the government to amend the Federal Constitution in order to restore Sabah and Sarawak's status as equal partners under the Malaysia Agreement 1963.

He said Sabah had raised this issue because the State realized it had been neglected for far too long.

"Sabah, Sarawak, Singapore and the Federation of Malaya came together to form Malaysia. Sabah and Sarawak enjoy a different status compared to the West Malaysian states. Although Sabah and Sarawak are called â€˜states', we enjoy more safeguards and rights provided under the Federal Constitution" he said. 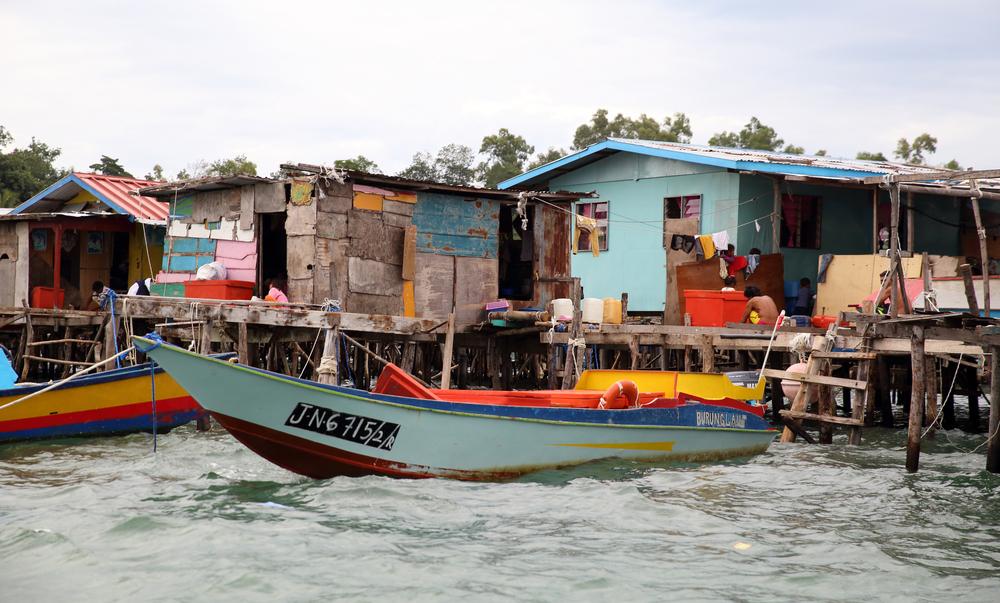 #Sabah
After 60 Years, Tap Water in Some Homes on Gaya Island