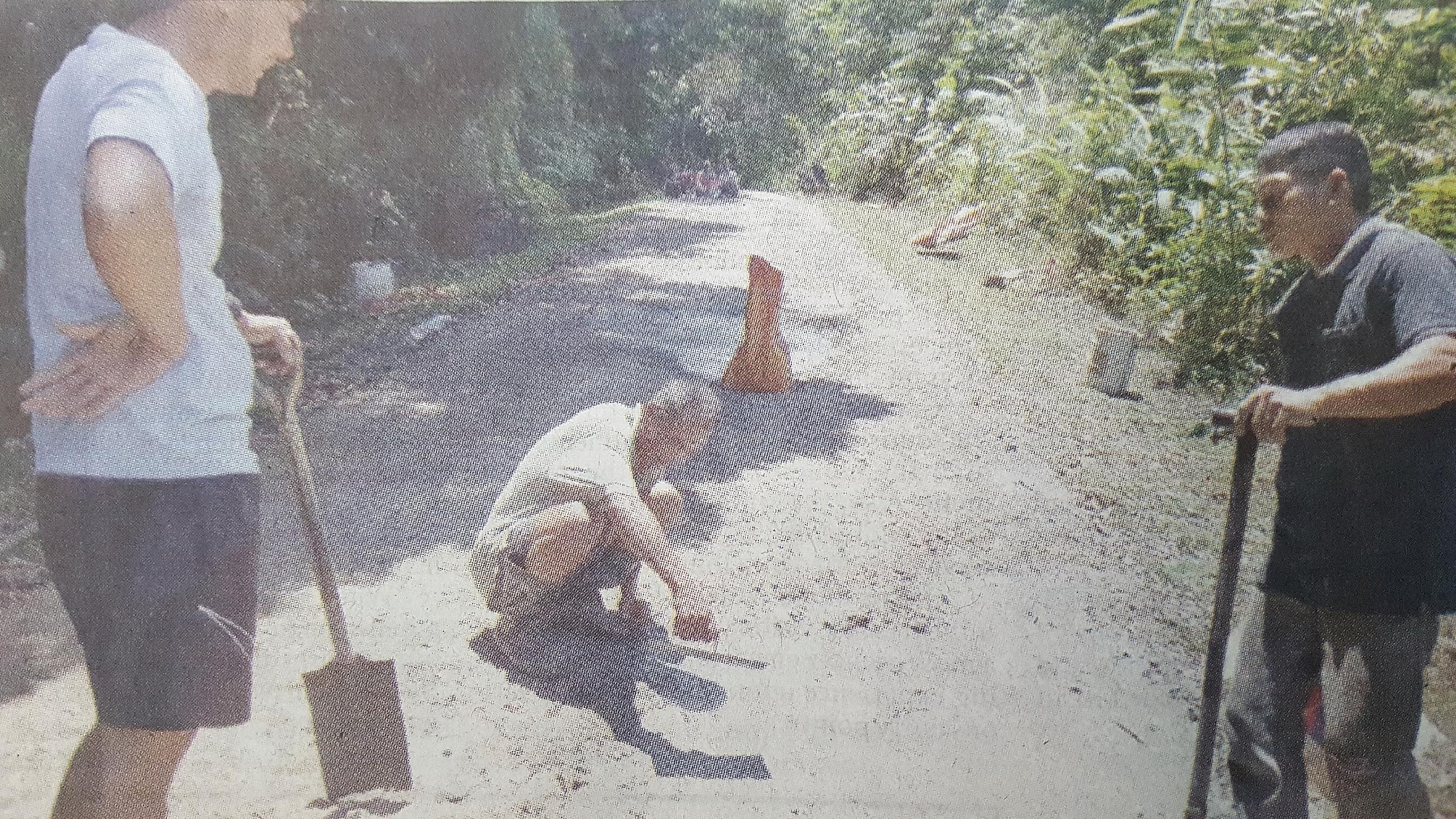 The hilly stretch of Jalan Pulutan Torintidon, in Menggatal, will continue to be maintained by the Government's road concessionaire.

It was learnt that many villagers there have gathered for a gotong royong (communal work) to patch up several large potholes and cracked road shoulders on the sealed part of the road recently.

"It was done because the condition of the cement foundation had deteriorated so much to the point that many of the rebars were sticking out from the concrete which could easily puncture our car tyres", said Johnny, who represented the group.

A spokesman for the caretaker of the road, Pembinaan Kekal Mewah (PKM), when contacted said it noticed the stretch spanning 700m was sealed while the rest 325m remained unpaved.

"Upgrading this road to the paved surface is beyond our scope of work but we will continue to maintain it by using gravel material since it is registered as a gravel road in our contract", he said.

The road had received regular maintenance including grass cutting along its verge over the years.

"We notice the road is in fair condition expect at certain parts of the cemented area where there are many cracks", he added.

He said the work to construct a cement layer on the road was carried out by the Ministry of Rural Development's appointed contractor several years ago.

"We apologise that we won't be able to patch the damaged sections with concrete", he said.

Efforts to get comments from the Ministry were unsuccessful.

Johnny said the villagers forked out their own money to finance the cost of repair at the paved section of the road.

"We've already contacted PKM about this but they didn't respond", he said, adding that he hoped the relevant authority will compensate those who have exhausted their own money to repair the road.