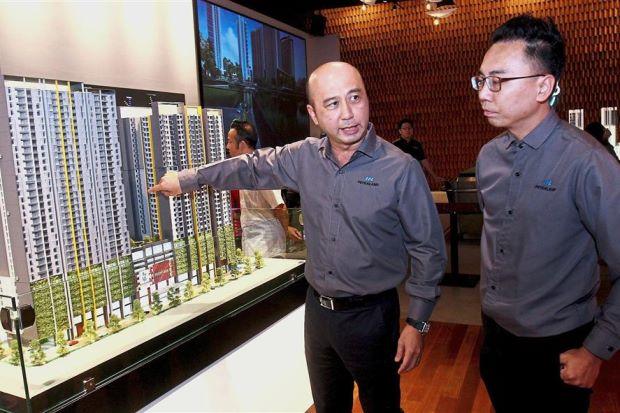 
Living in an integrated development has become more popular these days because amenities are easily within reach.

Mitraland Group chief executive officer Chuah Theong Yee said potential property purchasers and those who seek details on Gravit8 can be in the running to win the grand prize - a serviced apartment worth RM400,000 at Gravit8.

"The mechanics of the contest is simple. Registrants will be given a virtual silver key; just collect as many silver keys as possible to increase the chances of being in the grand final.

"A winner will be chosen through an online draw. The Free Home campaign will run for seven months from Oct 1 until midnight of April 30, 2018" he said.

Chuah added that Andaman is a 31-storey apartment tower with 327 units and fitted with the first voice automated smart home living system in Klang.

Visitors tested out the system at the show unit and many were excited about the prospect of having the system in their homes, as it offers both added safety and convenience.

With Gravit8 development being strategically located in Klang, the event was aptly named Klang Hidden Gems, featuring nine famous Klang eateries which set up booths for the night.

The guests were able to enjoy a variety of famous Klang fare, from Ah Her Bak Kut Teh to Klang's famous cendol.

Not only that, guests were treated to a surprise performance by local celebrity Freddie Huang Yi Fei who belted out several Hokkien songs.

To keep up the momentum until the grand draw, the Gravit8 Facebook page will also be giving away monthly lucky draw prizes.

Those who have registered for the contest will be eligible as well.

This month, the newly launched Samsung Note 8 will be up for grabs.