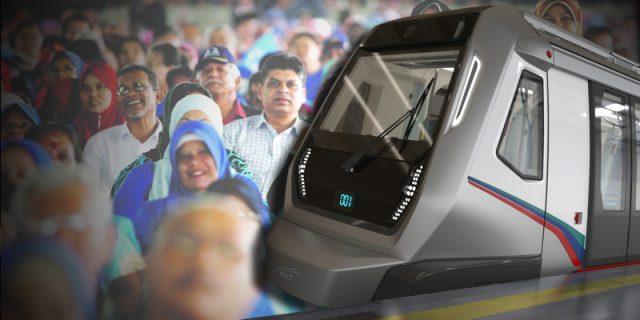 WCT Holdings Bhd's (WCT) MRT station job award has been viewed positively by analysts who note that the group, now as the actual contractor for the stations, will earn construction margins they believe in the high single digit.

In a filing on Bursa Malaysia, WCT had previously announced that wholly-owned subsidiary WCT Bhd (WCTB) had on November 14, 2016 executed the Letter of Acceptance issued by Mass Rapid Transit Corporation Sdn Bhd (MRT Co) for WCTB to undertake and complete the Work Package V204 for the construction and completion of viaduct guideway and other associated works from Bandar Malaysia South Portal to Kampung Muhibbah for a contract sum of approximately RM896.4 million.

WCT's board of directors of the company went on to announce that WCTB, had on September 19, 2017 further executed a second Letter of Acceptance issued by MRT Co for WCTB to undertake and complete the â€˜Package S204: Construction and Completion of Elevated Stations and other associated works at Kuchai Lama and Taman Naga Emas' for a contract sum of RM199.5 million.

"With this latest award of the station works directly to WCTB instead of a nominated sub-contractor, the overall construction margin is expected to improve accordingly.â€

AmInvestment Bank Bhd (AmInvestment Bank) explained that the key difference is, instead of earning an attendance fee amounting to typically one to two per cent of the contract value, WCT, now as the actual contractor for the stations, will earn construction margins the research firm believed in the high single digit.

AmInvestment Bank therefore raised the overall margins from Package V204 to eight per cent from six per cent previously, resulting in the above-mentioned earnings upgrades.

"We view the latest development positively" it said.

Overall, AmInvestment Bank maintained its view that WCT will ultimately be turned into the flagship PLC of Tan Sri Desmond Lim (Lim), via the injection of Malton (a sister company of WCT, with its prized asset being Pavilion Bukit Jalil) and Lim's private business ventures including Pavilion Kuala Lumpur and Pavilion Damansara Heights.

The research firm noted that this could potentially double WCT's market capitalisation to above RM4 billion.

"However, we believe it is premature to tell if the exercise will be value-enhancing to WCT's existing shareholders, as that depends largely on the structure and pricing of the assets and new shares to be issued pursuant to the corporate exercise" the research firm said.