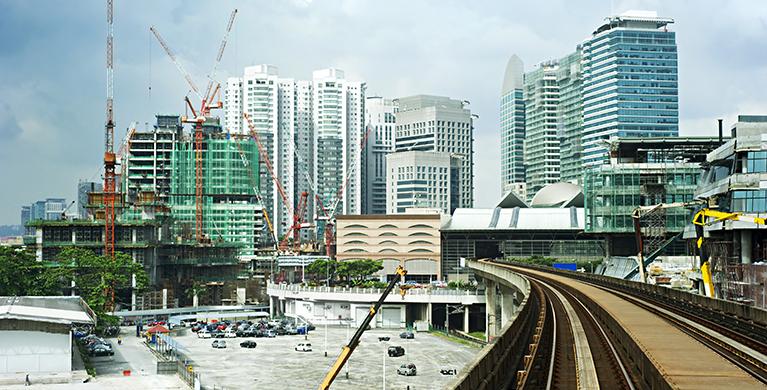 RM200bil in Construction Jobs to Be Given Out This Year

The value of construction jobs to be given out in the country in 2017 is projected to be around RM200bil, compared to RM229bil in 2016.

Penang Master Builders and Building Materials Dealers' Association (PMBBMDA) immediate past president Datuk Lim Kai Seng said this was because the bulk of the government projects such as the Pan-Borneo Highway in Sabah had already been awarded in 2016.

From January to June 2017, the value of of construction jobs awarded in the country contracted to RM40bil, compared to RM58bil achieved in the same period of 2016, according to the latest Construction Industry Development Board (CIDB) report.

Of the RM40bil, some RM6bil came from the government sector, while the private sector generated the remainder.

"During the six months period, some 2,133 jobs were generated from the contracts awarded out, compared to 2,179 for the same period in 2016.

"However, we can still expect the value of jobs to be awarded for 2017 to hit around RM200bil. "We are expecting more jobs from the federal government sector to come in during the final quarter of 2017.

"This would include contracts from projects such as the second phase of the RM21bil Kajang to Sungai Buloh LRT project which stretches 51 km" he added.

In Penang, Lim said the association was forecasting about RM8bil worth of jobs to be given out in 2017, which was achieved in 2016 and 2015.

On the pricing of steel, Lim said there was currently a shortage of steel, which had caused prices to spiral upwards.

"The price of steel bars is now hovering at around RM2,700 per tonne, compared to RM1,900 per tonne in September.