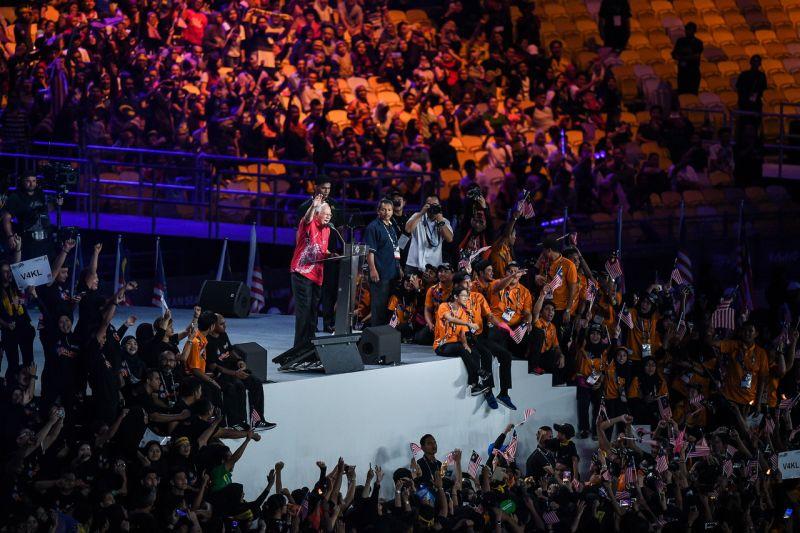 "It is not easy to declare a holiday because Malaysia has too many public holidays but since we have achieved an outstanding result in the SEA Games through the unwavering support of the various races and the excellent performance of our athletes, on behalf of the government I declare September 4 as a public holiday" said the Prime Minister in his Merdeka Day speech at the National Stadium in Bukit Jalil, after the SEA Games closing ceremony.

The announcement was welcomed by a loud applause and "cuti cuti" chants from the crowd that filled the 100,000 capacity National Stadium to the brim.

Najib said the Barisan Nasional led government decided to award a public holiday in recognition of the sacrifices made by the athletes to achieve the most memorable result in the history of the SEA Games.

After making the declaration, Najib chanted "Merdeka" (Independence) seven times, with the crowd repeating after him.

Malaysia emerged as the overall champion after winning 145 gold, 92 silver and 86 bronze medals.

Earlier, Najib said the Games had brought "not double, but triple joy," adding that Malaysia was not only the host of the bilennial Games, but it "turns 60 as a nation."

He said Malaysia's medal tally was very impressive, making it the most successful Games for the nation.