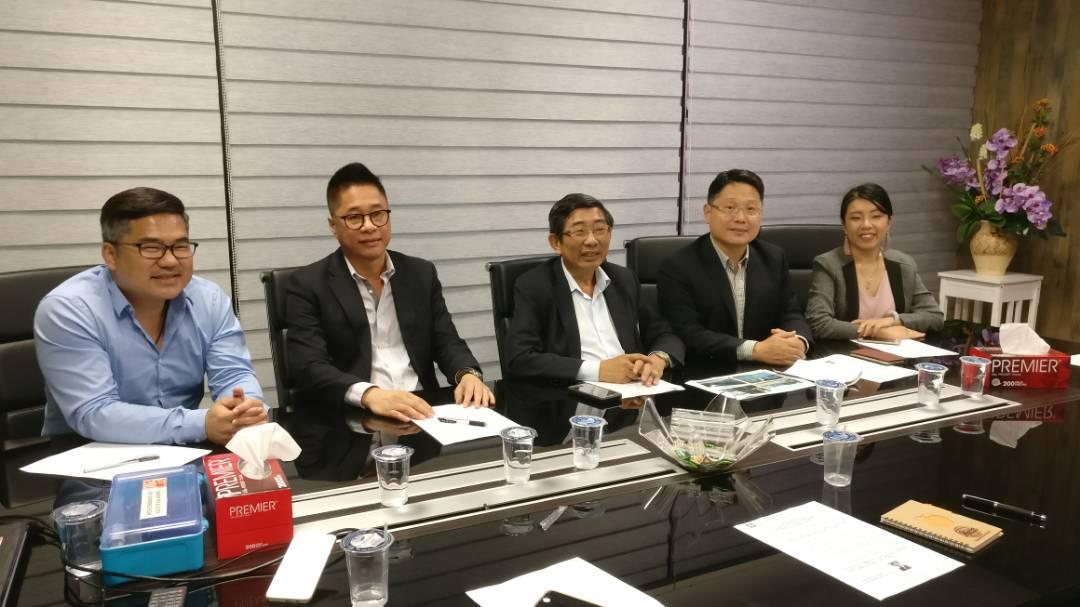 SHAREDA has noted that there are many Digital Real Estate promotions conducted overseas and on home ground, Kota Kinabalu. As the Captain of the industry in Sabah, SHAREDA is obligated to make some comments and advice potential purchasers and investors in real estate purchase.

In a press conference conducted by some of the SHAREDA members this morning (30 August), SHAREDA President Mr Chew Sang Hai raised his concerned on the unauthorised development, believed to be beside the naval base in Sepanggar, 20km from the state capital.

"We checked with City Hall and found there'd been no submission to the local authority for a project this size in the area.

"The ad, in Chinese, claims the development is taking place over 2,000 acres of land.â€

Chew said some of these companies are believed to be even carrying out their promotions overseas.

"We are not against any developments or digital promotions here (in Sabah). We are happy to see Sabah being developed, especially with tourism booming here recently" said Chew before adding that potential buyers and investors should be wary of such so-called property developers.

"We just want to see that every development conducted is carried out in the correct manner and that all regulations/requirements have been complied withâ€.

He also added for investors to engage a local lawyer, accountant or DBKK to verify if a development is authorised and permissible, especially if an international developer.

"We, at SHAREDA, believe that it is our duty to work together to protect the investors' interest but we are refrained from stopping the â€˜unprofessionals' from developing in KK and spoiling the industryâ€, he added.

A source well-placed in a related industry supplied FMT with a photo of the "Sepanggar projectâ€ model in the "developer'sâ€ office, said to be located off Jalan Tuaran.

Strangely, according to their master plan, the iconic lookalikes the developer plans to build are residential units instead of office towers, said the source.

"The area they say they want to develop is bigger than Kuala Lumpur city" said the source, adding the developer was looking for investors to fund the holiday concept of living.

Chew said there are stringent regulations developers need to abide by before they can start construction work.

"Developers must be the registered landowners or should have entered into joint ventures with the landowners", he said.

Before the developer starts any property development business, the following conditions must comply:

1. He (the developer) must be the registered landowner or had entered into Joint Venture Agreement with the landowner.

2. Before he starts any construction works on the intended project and the development/other plans, he must receive the written approval of the Mayor of Kota Kinabalu City or Local Authorities concerned in the district and all other relevant authorities.

3. After obtaining all the approvals, he can then sell the products to potential purchasers/investors by sell and build method subject to the following conditions:

a. Through normal Sales and Purchase Agreement (SPA) which is prepared by the lawyers. If it is a residential project, then he must apply for a housing developer's license and an advertising and sales permit from the Controller of Housing under the Ministry of Local Government and Housing, Sabah.
b. If he is selling shares in the public company, then he must produce a prospectus approved by the Securities Commission of Malaysia and the Companies Commission of Malaysia. It is said that a security commission is harder to obtain if a legit prospectus is not presented.

East Malaysia and West Malaysia both possess different laws but both laws must be complied with when developing in the respective regions.