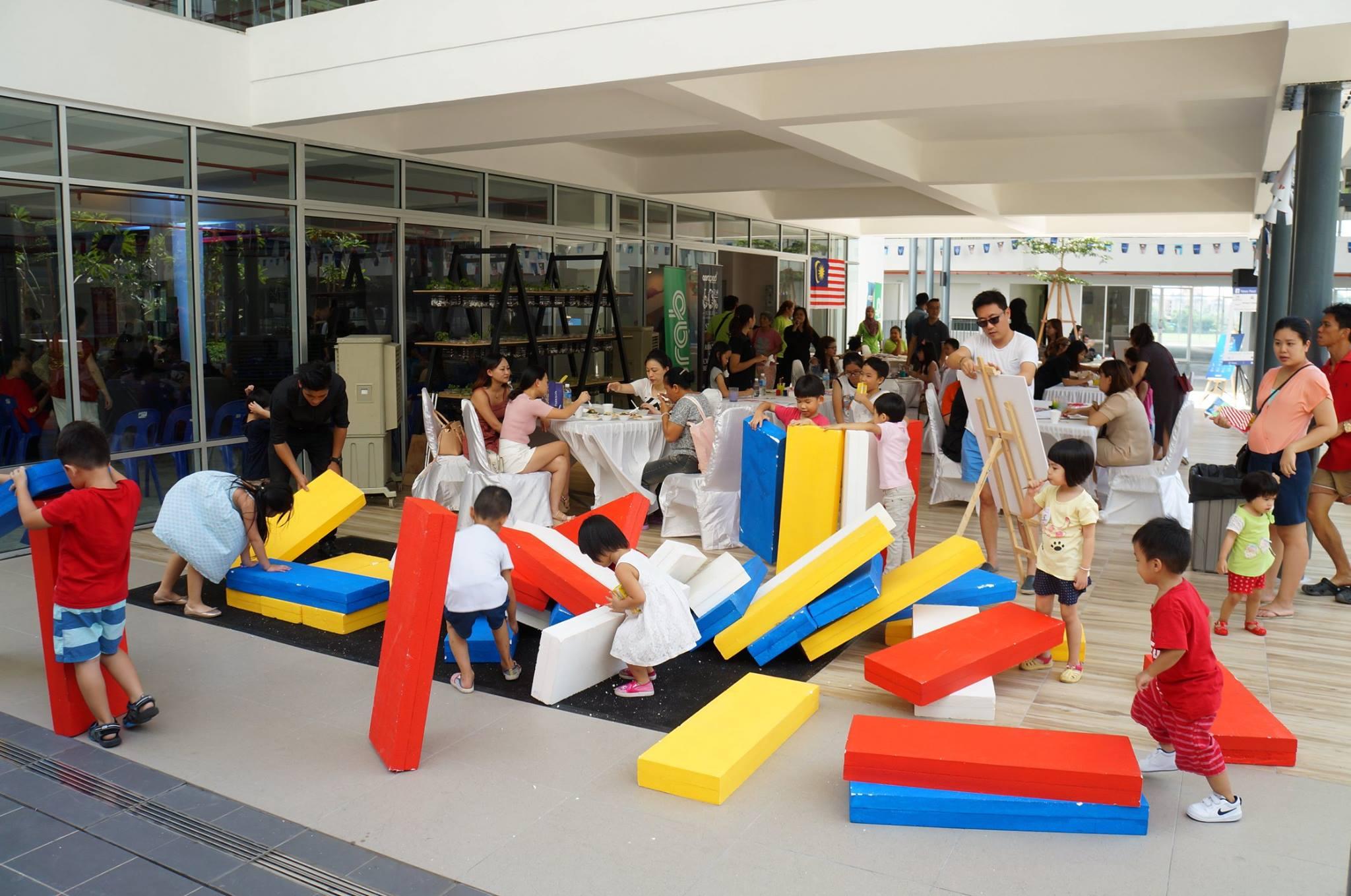 
SP Setia held an Open Day over the weekend (27 August) at Aeropod Commercial Square. The event was in line to celebrate Merdeka Day as well as the recent announcement that Aeropod has obtained its Occupancy Certificate (OC) for the Commercial Square.

The event featured food, entertainment, games and of course prizes. Patrons to the event stood a chance to win tickets to the unique Dinner in the Sky by sharing their photos on social media and using the special hashtag for the event. Not only that, visitors had the chance to play with a giant Jenga tower, join in on workshops and many more.

The event featured Malaysian Fusion delights, serving up favourites like roti canai and satay. It was a fun-filled day for the families with the children playing and making full use of the play spaces provided.

For those who prefer to use the rides-haring option, Grab gave a special discount code over the course of the event. This was a chance for the public to check on the much-anticipated development and experience Aeropod for themselves.

In line with Merdeka, SP Setia has launched its 60th Jubilee Mega Merdeka Giveaway campaign where buyers can win up to 60% rebate on an SP Setia home purchase. To find out more about this campaign, head on www.spsetia.com.my/merdeka/rewards