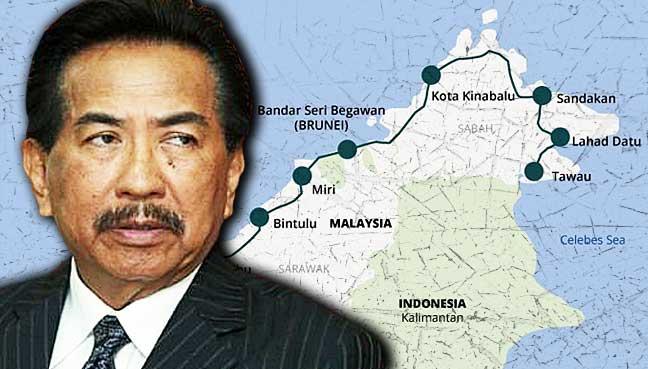 Sabah will experience a major transformation after the completion of Phase One of the Pan Borneo Highway project in 2021.

Chief Minister Musa Aman said the mega-project would have a huge impact on Sabah's economy and its people's well-being.

"The Sabah Pan Borneo Highway is an upgrade of the network from level R3 to level R5 based on the Public Works Department standards which feature safe and comfortable travel for users.

"This is proof of the government's commitment to spurring the state's economic growth through the development of more systematic, efficient and safer infrastructure" he said when interviewed by Bernama deputy editor-in-chief Mokhtar Hussain at his office in Kota Kinabalu recently.

Musa said the 706-kilometre highway would, among others, be upgraded from a two-lane dual carriageway to a four-lane, and will include a bypass, hence shortening the time and distance of travel.

He said Phase One of the project involved a cost of RM12.86 billion.

The construction of the highway is contained in the BN manifesto of the 13th general election, which is part of highway development efforts in Sabah and Sarawak.

The chief minister said the BN government had also promised that the highway would be toll-free.

"The people of Sabah will not have to pay toll when using this highway because they have no alternative route or road.

"This highway will also stimulate Sabah's economic growth as it will ease communication for the people and industries.

Borneo Highway PDP Sdn Bhd had been appointed as the implementing partner of Phase One of the highway project. The agreement was signed by the federal government and Sabah government on April 11, 2016.

Musa said the state government would also build a new coastal road in Sabah's north-west to boost tourism in the region.