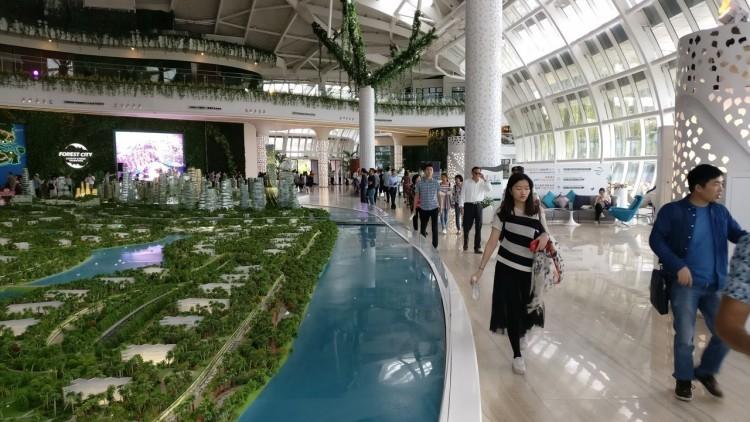 Chinese-Funded Projects Could Influence Next Election

Property and infrastructure projects significantly funded by the Chinese could impact Malaysia's next general election, which could be called later this year or by 2018, reported the South China Morning Post.

Experts believe that this could be a hot-button issue in the upcoming campaign period that could either tip the scale in favour of the administration or the opposition.

According to a study by Citi Group, the Chinese are forecasted invest RM400 billion in various rail and port projects in the next 20 years.

On the other hand, the de-facto leader of the Pakatan Harapan alliance Dr Mahathir Mohamad contends that the government is giving pieces of the country's economy to China for political gain.

Among the property and infrastructure projects financed by the Chinese is the US$100 billion (RM427.7 billion) Forest City development in Johor that consists of four man-made islands.

Expected to be completed by 2040, it is 42 percent owned by Malaysian stockholders such as the state's Sultan Ibrahim Ismail, while the rest is held by Chinese developer Country Garden.

The US$13 billion (RM55.6 billion) East Coast Rail Line spanning 600 kilometres is owned and managed by Malaysia, with completion targeted by 2024. However, China Communications Construction Co will fund and build it, while China's Export-Import Bank will provide soft loans.

Another project with major Chinese involvement is the US$10 billion (RM42.77 billion) Melaka Gateway that is expected to be ready by 2025. It was initially planned by local firm KAJ Holdings, but has seen investments from PowerChina, with Rizhao Port Group and Shenzhen Yantian Port Group involved in the construction.

China Railway Group is also funding and building the US$2.92 billion (RM12.49 billion) Kuala Linggi International Port. Anticipated to be completed by 2027, this facility will be capable of storing 1.5 million cubic metres of oil in a bid to compete with Singapore's thriving bunkering business.

During the sidelines of the Belt and Road forum in Beijing, the Johor state government and Chinese robot maker Siasun have agreed to jointly develop the US$3.46 billion (RM14.8 billion) Robotic Future City by late-2017.

Last November, MCC Overseas Ltd and Hebei Xinwuan Steel Group entered into an agreement to invest in the US$3 billion (RM12.83 billion) Samalaju Industrial Park in Sarawak that is expected to be completed by 2020.

In addition, the US$900 million (RM3.85 billion) expansion of Kuantan Port that is targeted for completion by 2018 is being undertaken by the government, local developer IJM Corp, and China's Guangxi Beibu. The 30-year concession to manage the port is 60 percent owned by IJM, while the remainder is held by the Chinese firm.