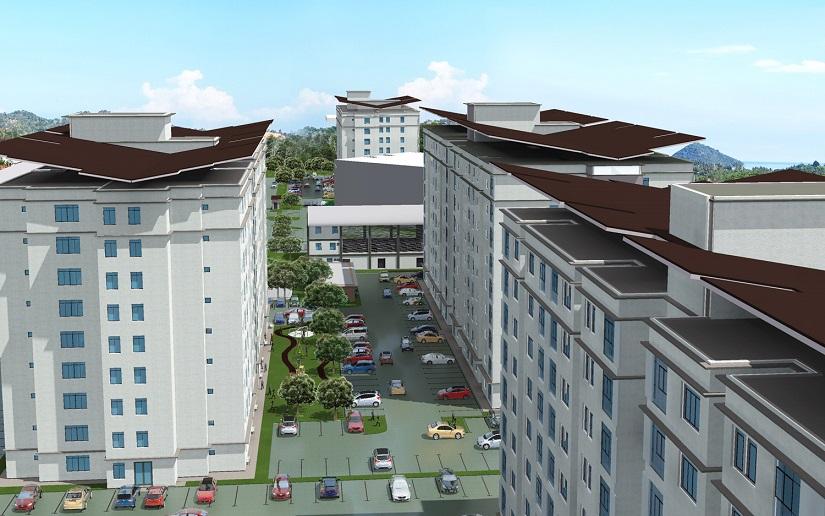 According to the Barisan Nasional's 13 general election manifesto, one of the biggest promises it made was one million affordable houses for the people would be built once it retained power in Putrajaya.

However, the recent reply at the Dewan Rakyat shows that such a promise has failed miserably, as only 27 percent of the promised one million affordable houses have been built so far after BN won the last GE13 four years ago.

Stephen Wong, the DAP Member of Parliament for Sandakan said that the federal Urban Wellbeing, Housing and Local Government minister replied to a question that the government is committed to building one million affordable houses by 2018 and sold at RM300,000 and below.

Wong lambasted the BN government for not honouring its election pledge and added it is almost impossible that the government could be able to deliver such promise within one year before the next general election.

Stephen Wong - Sandakan - and Jimmy Wong, right - Kota Kinabalu at a Press conference at the Dewan Rakyat. "How can it be possible that the government can complete the construction of more than 700,000 houses within a year" he queried.

Wong said according to the reply, the government has outlined different targets for each state.

He pointed out that Sabah has a lower median income level than peninsular Malaysia, but property prices in the State are more expensive, and this has made Sabah's housing the most unaffordable for the people.

According to Institute Rakyat's research, the affordability index of Sabah housing is the highest at 11.48, twice of national index 5.78. It shows that how difficult for a Sabahan to own a house.

"This situation shows that if BN failed to deliver its promise, then it failed to meet the demand of Sabahans, and BN is going to pay heavy price on its failure" he added.