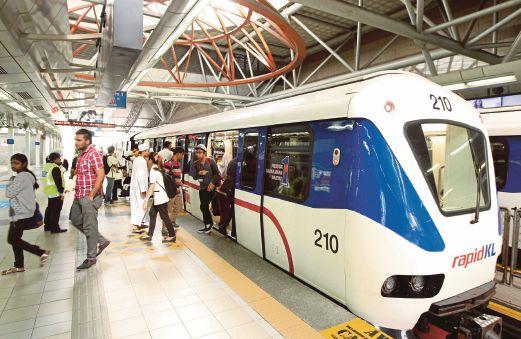 A committee has been set up to study the feasibility of providing a Light Rail Transit (LRT) service in Kota Kinabalu, said Mayor Datuk Yeo Boon Hai.

He said the federal government, through the Economic Planning Unit (EPU), would conduct a comprehensive study to look into the viability of an LRT service in the city.

"We have a new study for LRT, different from the Bus Rapid Transport (BRT) system.

"It (the study) will commence soon" Yeo said after visiting the Ramadan bazaar at Lintasan Deasoka here yesterday, adding that the committee had not had its first meeting yet.

The mayor was asked to comment on Inanam assemblyman Dr Roland Chia's insistence that Kota Kinabalu should have an LRT or Mass Rapid Transit (MRT) service to relieve traffic congestion.

Chia said the LRT or MRT service should be provided to the public on the basis of need, rather than to wait until the city's population reaches one million.

In response, Yeo said there were a lot of factors to be considered in the implementation of a project, including its effectiveness and economic return.

"If the project is not economically viable at all, it will not bring benefit also.

"So let the federal government through the EPU carry out a comprehensive study to consider (the LRT service)."