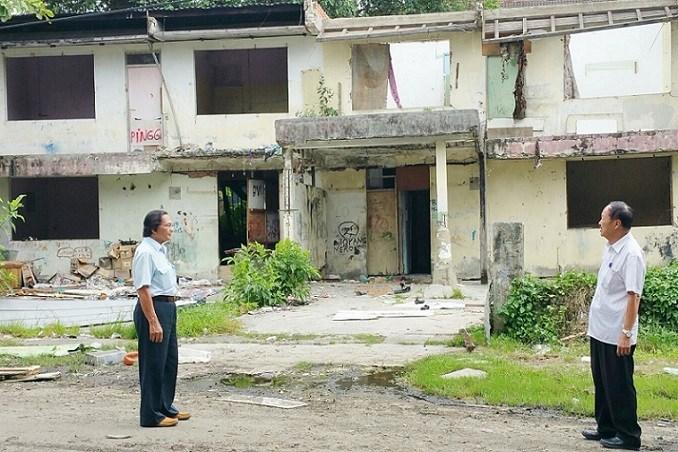 The 35 units of double-storey semi-detached and terrace houses, as well as the two three-storey shophouses, have all been demolished.

Luyang assemblyman Hiew King Cheu confirmed the news on Wednesday (May 17), saying that he has been facilitating the rebuilding of Taman Makmur since 1994.

"After more than 20 years of work, we are finally seeing results today", he said.

Hiew said the houses were all sold out upon completion at around RM40,000 per unit. The then Kota Kinabalu Municipal Council (MPKK) has also issued Occupancy Certificate (OC) for the project.

However, severe depression started to appear in the residential area soon after its completion, causing serious damage to the housing structure. MPKK was forced to withdraw the OCs, while residents had to abandon their homes.

Hiew said the abandoned housing estate had attracted many illegal immigrants who stayed in the area, leading to social problems.

Hiew said he had been facilitating the rebuilding of Taman Makmur since 1994, in search of capable developers to rebuild the housing estate.

"The Housing and Urban Development Board (LPPB) took over and started acquiring the abandoned semi-detached and terrace houses from the owners.â€

He said LPPB would be undertaking a joint venture with a renowned local developer to rebuild Taman Makmur. A contractor is now carrying out the final phase of clearing the site.